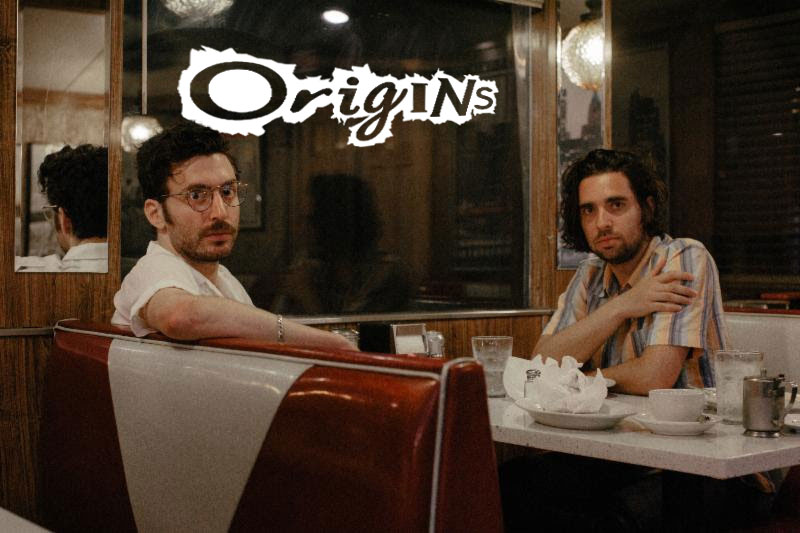 Obliques founders Zach Van Hoozer and Ben Flesch met in Berlin two years ago, bonding over a shared love of cinema, seventies rock, and growing disillusionment over the palpable shift going on in their native United States. After Van Hoozer moved to New York City to crash on Flesch’s couch, they decided to form a band together. They recorded a batch of singles live to tape at Stockholm Syndrome Sound Studios with Loren Shane Humphrey (NAF, Guards, Willowz) before expanding to an eight-piece live lineup. Somehow or another, they eventually wound up being the house band for a string of Saturday Night Live after parties.

The decisions to record live to tape and perform with a full complement of congas, background singers, and sax both reflect Oblique’s objective of forming connections through community and performance. To that end, their live lineup pulls from a community of New York musicians featuring Loren Shane Humphrey alongside Delta Spirit’s Kelly Winrich and Will McLaren.

There’s a 70s nostalgia in Obliques’ infectious grooves, no doubt influenced by the duo’s love of yacht rock. It’s a laidback sound that continues on their latest track, “Instant Pleasure”. Don’t be fooled by the smooth vocals, though, as the song is also a reaction against getting lost in escapism and instant gratification culture. “You want to try a taste of true excess,” Van Hoozer sings. “But you don’t know how to find the dose/ Let me tell you how I get my fix/ Whenever my high gets too low.” Hear it below.

For more insight on “Instant Pleasure”, Zach Van Hoozer walks us through some of the band’s influences for the track for our latest Origins feature.

One of the classic, wonky bass lines of music history. We often build songs from the bass up and I think when you catch a hot one, you have to let it breathe. Ben [Flesch] did a great job on “Instant Pleasure” finding a unique groove and giving it space to really propel the track. I remember him referencing the clarity of “Black Cow” as a prime example of what to aim for during the mixing process.

After a show one night here in NYC, one of the bartenders told me we sounded like “Tom Petty meets Prince.” I originally brushed that off as a hot take offered at an unreasonable hour of the morning, but [after] listening to the chorus of “Breakdown” recently — I think there’s a case to be made.

Before we put the live band together, we were into this clip in particular for its decadence and because we liked the idea of a big band. When we play live now, there’s usually around eight people on stage. We really enjoy the community vibe and the degree of unpredictability that comes with it. Conceptually, this track got us thinking that instant gratification culture and getting caught up in escapism is the drug now and fills a void for a lot of people these days. It’s less exciting but just as intoxicating.

Obliques have lined up a pair of upcoming shows to close out the year. Check out the full details below.