Steven Soderbergh shot a feature-length horror movie on his iPhone 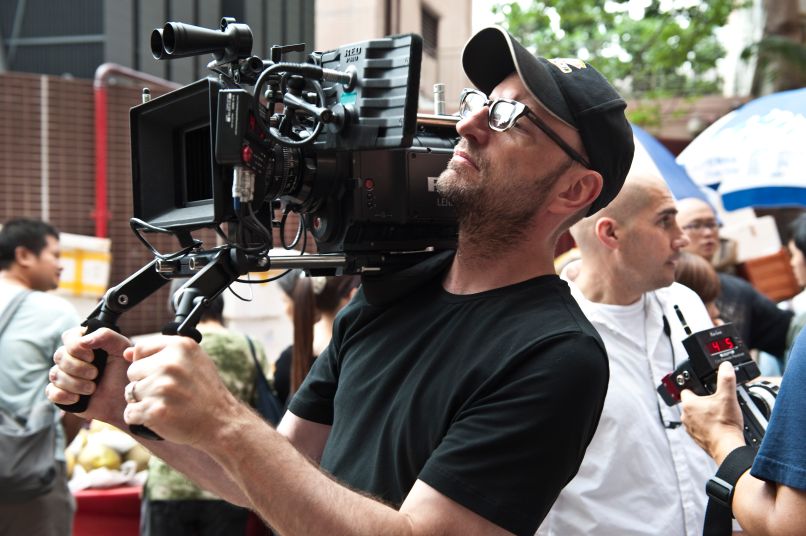 Director STEVEN SODERBERGH during the filming of the thriller ÒCONTAGION,Ó a Warner Bros. Pictures release.

As film distribution becomes increasingly segmented, it’s hardly surprising that some directors with sufficient clout to call their own shots are skipping the once-necessary process of studio distribution in favor of putting out their own work. They’re able to make films that, for better or worse, are entirely reflective of their own vision, and with minimal to no mandated input from outside parties. From Kevin Smith’s work through Smodcast to Steven Soderbergh releasing this summer’s Logan Lucky through his own company, getting a movie out to audiences is as wide-open as it’s ever been in American film history.

Now Soderbergh looks to continue his run by cutting even more out of the process of making a movie, quickly and in secret. Deadline reports today that Soderbergh’s next feature, Unsane, will be released through Fingerprint and Bleecker Street (as with Logan Lucky). Not much is known about Unsane, other than that Soderbergh apparently pulled a Tangerine and filmed it using iPhones. For a director who’s often talked about the importance of continual reinvention in the industry and with his own work, you can’t say he’s not putting his money where his mouth is.

The horror film, set for release on March 23rd, 2018, centers around “… a young woman who is involuntarily committed to a mental institution where she is confronted by her greatest fear — but is it real or is it a product of her delusion?” Claire Foy stars with Juno Temple and Jay Pharoah, among others, and it’ll undoubtedly be yet another in a now-lengthy line of compelling low-budget Soderbergh projects. Not all of them may have worked over the years, but it’s undeniable that he’s left behind one of the more compelling filmographies of any director working today.