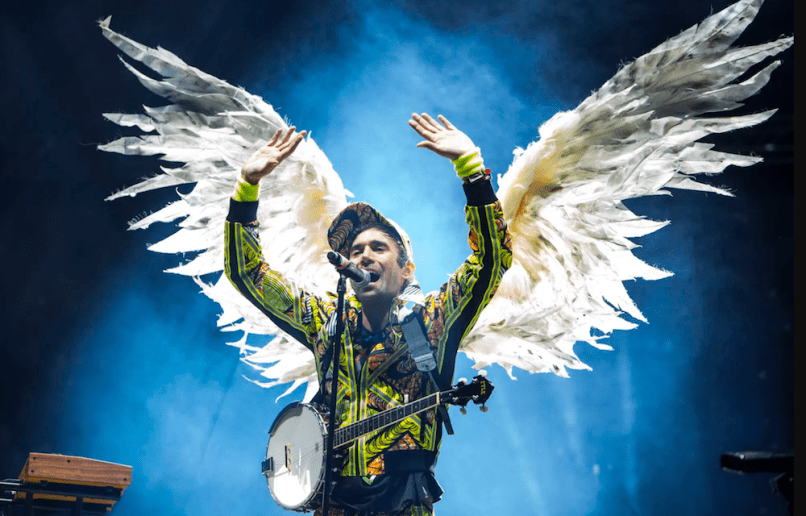 The second half of 2017 has seen Sufjan Stevens operating in a rather prolific state. In June, he teamed up with Nico Muhly and The National’s Bryce Dessner on the space-themed album Planetarium, and just last month, put out the excellent soundtrack to Luca Guadagnino’s equally impressive new film, Call Me By Your Name.

Now, Stevens has shared The Greatest Gift, a mixtape of outtakes, demos, and remixes from his studio sessions for 2015’s Carrie & Lowell. The 12-track effort is highlighted by four previously unreleased songs in “Wallowa Lake Monster”, “The Hidden River of My Life,” “City of Roses”, and “The Greatest Gift”. There’s also a fingerpicking rendition of “Drawn to the Blood”, and iPhone-recorded demo versions of “John My Beloved” and “Carrie & Lowell”. Reworks by longtime colleague Roberto C. Lange (aka Helado Negro) and Planetarium collaborator James McAlister (aka 900X) are also included.

A portion of the mixtape proceeds will benefit the Cancer Support Community.