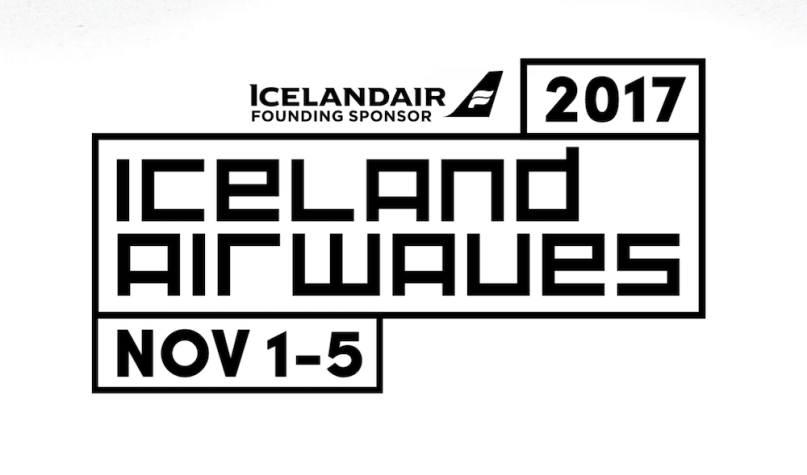 This classic Icelandic saying suggests that when you need to really think through something, you must lay your head in water. Considering the island setting, there’s no wonder everything in the Icelandic artistic sensibility seems so immaculately designed and considered. At the opening ceremony to this year’s Iceland Airwaves, Reykjavik mayor Dagur Bergþóruson Eggertsson had his own advice regarding H20: “If you want to talk to people, just surround yourself with water: it’s either alcohol or swimming pools,” he smiled. In every facet, the people are empowered, inspired, and immersed in fluidity and life, always moving on to some new beautiful moment.

Beyond the usual Icelandic water, this year the rains conspired in an attempt to keep visitors from leaving. While there’d been plenty of icy drizzle in previous years, the weather stayed clear and not excessively cold for the extent of Iceland Airwaves 2017. And then, once the days of live music and excitement had ended, suddenly the storm clouds pushed their way in, canceling and delaying dozens of flights and keeping others planted firmly in Iceland for the foreseeable future.

But goddamit there are far worse fates. Even a momentary delay would offer some time to reflect on the week’s worth of remarkable festival experiences. For one, the festival has grown exponentially, expanding to a second Icelandic city, Akureyri, and did so primarily through adding even more Icelandic artists. Now the abundance of unpredictable local talent knots into one entangled totality of incongruous parts that co-exist magnificently together despite their dissimilarity.

Just because your dripping desire for something wild and potent is loud doesn’t mean you know where you’re going. Often the challenge is to search for something new using different tools than the ones you usually reach for — for thinking different thoughts from the ones that spring to your mind, for using different words, for listening to different sounds that you typically would avoid. Iceland Airwaves teaches you that it’s not about needing to abandon what you already know, just that there is a beautiful new world beyond.

Takk, góða nótt, so long, and thanks for all the fish! See you same place, same time next year.