The Hold Steady unveil new songs “Entitlement Crew” and “A Snake in the Shower”: Stream 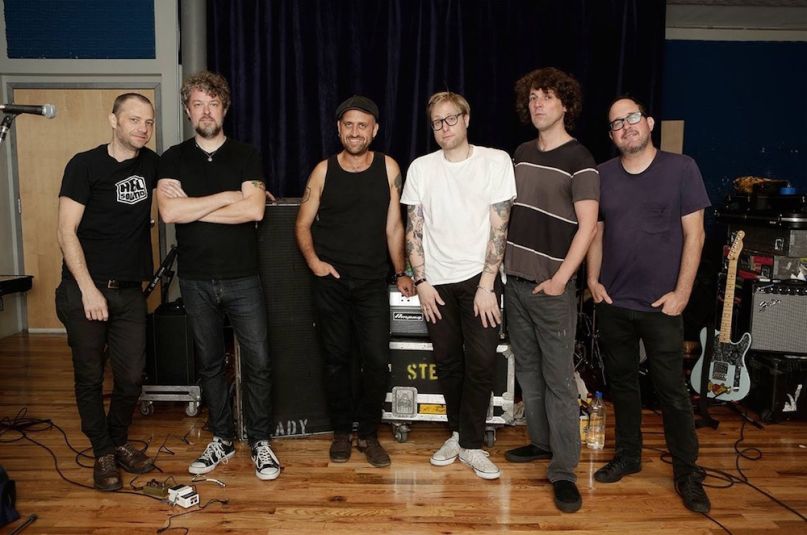 The Hold Steady kick off a multi-night residency at the Brooklyn Bowl on Wednesday. In anticipation, the indie rockers have shared their first new material in three years with “Entitlement Crew” and “A Snake in the Shower”.

The pair of tracks were recently written and recorded in Brooklyn earlier this month. They were unveiled with the intention of being played during the four-night residency. “We thought we’d share them in case you want to sing along,” they stated on Bandcamp.

“Entitlement Crew” is a joyful, nostalgic song which reminisces about the old days, while “A Snake in the Shower” is a sneering rock number. Take a listen below.

All money received from downloads of the songs will go to the K+L Guardian Foundation, which was formed to benefit “Jersey” Mike Van Jura’s children after he suddenly passed away in November 2012 at only 36 years of age. Jersey Mike was the unofficial leader of The Unified Scene message boards dedicated to The Hold Steady. Purchase the songs here.

The Hold Steady’s Brooklyn Bowl residency commences on November 29th and runs through December 2nd. Next spring, the band will perform at a pair of shows in London when they’ll run through their debut Boys and Girls in America album in its entirety. Find the complete itinerary below.

The band’s most recent full-length came in 2014 with Teeth Dreams. Frontman Craig Finn released a solo LP, We All Want the Same Things, his follow-up to 2015’s Faith in the Future, earlier this year.