Anthony Kiedis, Steven Tyler, and Bill Wyman all enjoy successful musical career despite their past relationships with underage women 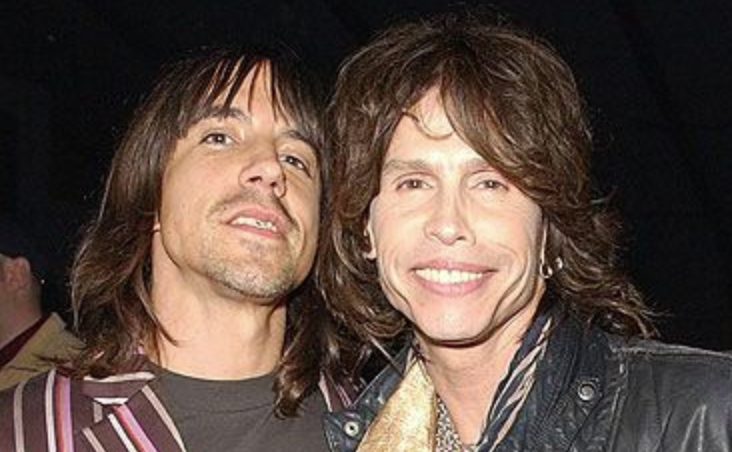 Can one separate an egregious transgression such as sexual misconduct from an established and celebrated career of work? What if those transgressions occurred many decades before the perpetrator ever achieved the success and fame they enjoy today? Is it fair to separate art from its creator? What if they apologized or made amends?

These are just a few of the questions being debated amid the tidal wave of sexual misconduct allegations made against prominent musicians, filmmakers, and other creative types. Many of these allegations date back years, even decades, but the stories are new to most of us and, thus, the perpetrators have been ridiculed swiftly and harshly. But what about the older allegations that have long existed in the public domain? Why don’t we treat them with the same amount of disgust, and why don’t we take similar actions to rebuke the perpetrators?

“It was a different time, sex was treated differently back then” is the argument commonly used to justify the transgressions perpetrated by heroes like Chuck Berry, Bill Wyman, Jimmy Page, and Iggy Pop. All these men and many more have acknowledged engaging in romantic relationships with women well under the age of 18 when they themselves were in their 20s or 30s. Wyman was 47 years old when he began dating a 13-year-old girl — of course, with the approval of her mother. Wyman’s former band, The Rolling Stones, later flaunted their dalliances with underage groupies on merchandise sold during their 1994 Voodoo Lounge tour.

More contemporary rock stars like Anthony Kiedis of Red Hot Chili Peppers also bragged about committing statutory rape with no repercussions. In his 2005 autobiography, Scar Tissue, Kiedis recounts his sexual relationship with a 14-year-old Catholic school girl. Kiedis was 23 years old at the time; and after learning of her age, he proceeded to have sex with her again. He writes:

“The next day we drove to Baton Rouge, and of course, she came with us. After we got offstage, she came up to me and said, ‘I have something to tell you. My father’s the chief of police and the entire state of Louisiana is looking for me because I’ve gone missing. Oh, and besides that, I’m only fourteen.’ I wasn’t incredibly scared, because in my somewhat deluded mind, I knew that if she told the chief of police she was in love with me, he wasn’t going to have me taken out to a field and shot, but I did want to get her the hell back home right away. So we had sex one more time.”

Their relationship inspired Red Hot Chili Peppers’ 1985 song “Catholic School Girls Rule”, which has been played live by the band as recently as 2007. Following his public admission in Scar Tissue, Kiedis and his band continued to enjoy rockstar status. They’ve won Grammys, headlined festivals, and even made a cameo at the Super Bowl. In 2012, Red Hot Chili Peppers were enshrined in the Rock and Roll Hall of Fame.

Recently, when allegations of misconduct were made against Brand New’s Jesse Lacey, Real Estate’s Matt Mondanile, and singer-songwriter Alex Calder, the men saw their respective careers ended within hours. Concerts were canceled, their music disappeared from streaming platforms, and years of critical and commercial achievement were essentially vacated — in the end, all that mattered were their misdeeds.

Why then do we let Wyman or Kiedis off scot-free? Simply because it was another time? Because when their transgressions were made public, it played into their rock ‘n’ roll star personas? Because it’s taken American men 241 years to finally wake up and have a conversation about sexual misconduct? And even then, some would rather have a pedophile than a Democrat as Alabama’s next senator. Is it worth ruining a career? Was it worth ruining a woman’s life?

In 1975, Aerosmith singer Steven Tyler, then 27, began dating a 16-year-old girl named Julia Holcomb, whose mother signed over her guardianship to him. She soon became pregnant, but then their relationship went south. Their apartment caught on fire, and she ended up in a hospital, during which time Tyler forced her to have an abortion. “When I returned home to my mother, I was a broken spirit,” Holcomb recounted in a 2011 essay. “I could not sleep at night without nightmares of the abortion and the fire. The world seemed like a dark place.”

Over the last few weeks, many courageous women have finally begun to shine a light on that dark place. Sadly, we still have a long ways to go.