Apparently, the US government was really trying to bury the existence of an advanced Nazi aircraft 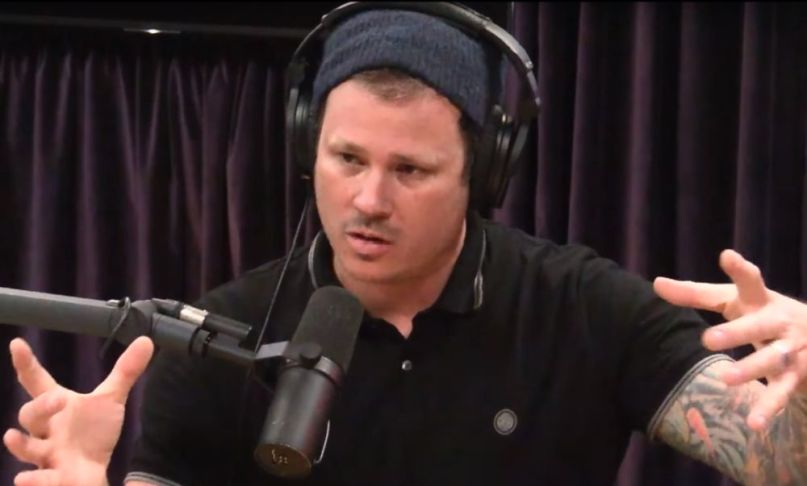 Last year, founding Blink-182 member Tom DeLonge revealed he parted ways with the band to focus his efforts on UFO research. Since then, he’s been awarded UFO Researcher of the Year, so there’s no questioning his dedication to the cause.

As such, it’s worth tuning into interviews when DeLonge goes in-depth about his theories for entertainment’s sake alone. Recently, the UFO expert made a headache-inducing appearance on The Joe Rogan Experience and went on a mostly incomprehensible spiel sharing information about a “life form” discovered during the Cold War and the truth behind the 1947 Roswell incident.

According to DeLonge, he met with a shadowy figure who revealed the first bit of information after convening with government officials about his UFO research. “I fly out to this airport and I sit at a table in a restaurant at the airport,” DeLonge stated. “No one’s in there, and this gentleman sits down. And the waiter comes up, he waves off the waiter, and he looks me in the eye and he says, ‘It was the Cold War and we found a life form.’ That’s when I started shitting my pants.”

Then, DeLonge jumped topics to the Nazis and how they had a leg up on US technology, explaining, “They were 100 years ahead of us about what their guys did at the end of the war in South America.” Apparently, this led ex-Nazis to join NASA because “they knew some shit that was very important.”

Tying all of this together, DeLonge finally shared his theory about the Roswell incident:

Watch the full interview below, in which DeLonge also explains why government officials are willing to reveal top secret information to him.

Whether or not you think DeLonge is batshit crazy, the believer’s not stopping the quest for truth anytime soon, whether it’s his three-volume investigative series, Sekret Machines: Gods, or recently announced To The Stars Academy. Even a broken clock is right twice a day, right?