The actress, who has starred in seven of Weinstein's films, is ready to speak out about her experience with the disgraced mogul 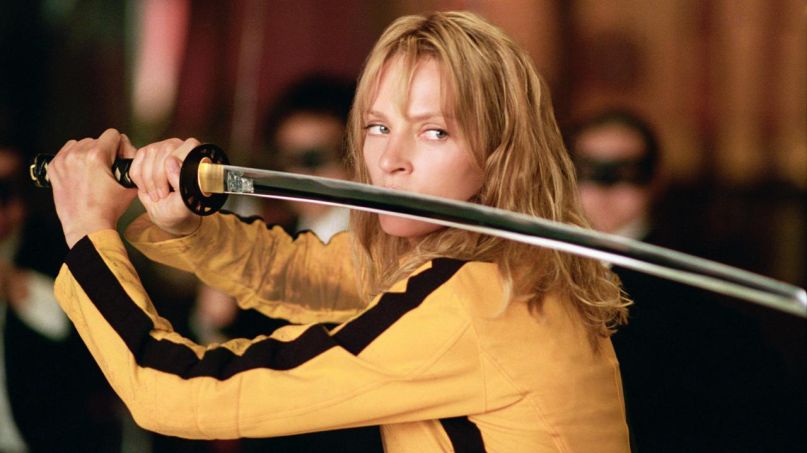 More than 60 women have accused Harvey Weinstein of rape, sexual assault, and harassment since the New York Times and New Yorker dropped their scorching exposes on the movie producer, whose predatory behavior was an open secret in Hollywood for years. Now, it appears one particular actress is ready to drop the biggest bomb yet on the creep’s withering soul.

Uma Thurman starred in seven Weinstein films across her career—most notably in 1994’s Pulp Fiction and 2003’s Kill Bill, her collaborations with Quentin Tarantino, who recently said he “knew enough to do more than I did”—and in an Instagram post she shared on Thanksgiving the actress directly addressed the mogul in truly badass fashion. “I am grateful today, to be alive, for all those I love, and for all those who have the courage to stand up for others,” she wrote alongside a picture of herself in Kill Bill. “I said I was angry recently, and I have a few reasons, #metoo, in case you couldn’t tell by the look on my face. I feel it’s important to take your time, be fair, be exact, so… Happy Thanksgiving Everyone! (Except you Harvey, and all your wicked conspirators – I’m glad it’s going slowly – You don’t deserve a bullet) -stay tuned Uma Thurman.”

In October, Thurman refused to comment on the Weinstein allegations during an interview with Access Hollywood, saying she didn’t have “a tidy soundbite” to share. “I’ve learned I am not a child,” she continued, “and I have learned that when I’ve spoken in anger, I usually regret the way I express myself. So I’ve been waiting to feel less angry and when I’m ready, I’ll say what I have to say.” Her use of the #metoo hashtag, which went viral in the wake of Weinstein’s allegations and encouraged women to share their own experiences with sexual harassment as a means of amplifying the issue, shows that she too is familiar with the mogul’s misconduct.

That anger appears to have dissipated. Thurman seems on the verge of sharing her own encounter and the internet is ready for it.

Uma Thurman said she would discuss #MeToo and Harvey Wei stein when she was ready. She is ready now. Please hear her now. https://t.co/W4W4g6aVaU

So … i feel like @ithurman_ understand my spirit in this quote. But when you watch her @accesshollywood clip. Oh god I just i want to hug her , you only that angry when you been hurt even worse . Oh heart https://t.co/p6fC67Qmey

We wait with bated breath.