Taken from the upcoming deluxe reissue of their debut album, A.M. 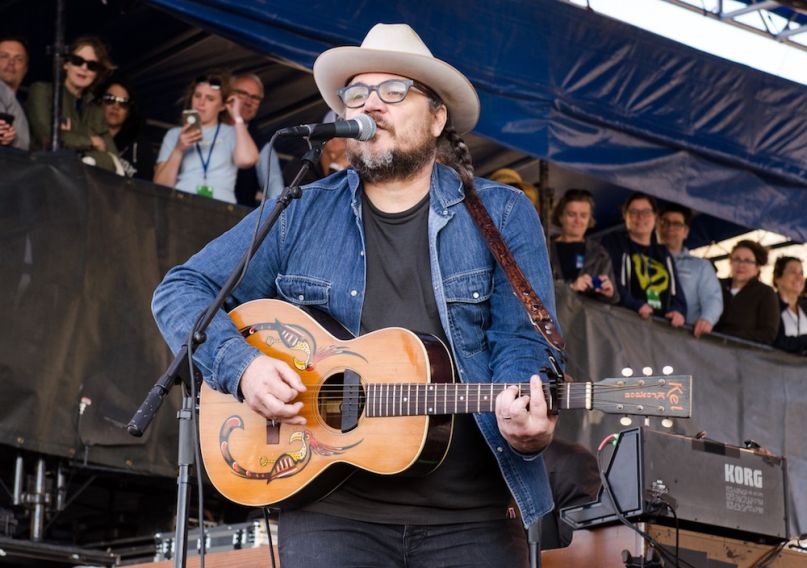 In December, Wilco will reissue their first two albums, 1995’s A.M. and 1996’s Being There. In addition to being freshly remastered, both collections come loaded with rare and unreleased bonus material. Now, the alt-country veterans have previewed the A.M. reissue by sharing the previously unheard “Myrna Lee”.

As Paste points out, Wilco recorded the unreleased track during the hastily assembled sessions for their debut album following the breakup of Uncle Tupelo. The heartbreaking strummer features bassist John Stirratt’s bittersweet vocals dedicated to the song’s namesake. “You’re the only one I’ve waited for all this time,” he sings. “Myrna Lee/ We’re together, you and me.” Take a listen below.

The A.M. deluxe reissue features eight unreleased bonus tracks, including an early take on “Outtasite (Outta Mind)” and “When You Find Trouble”, the final studio recording from Jeff Tweedy, John Stirratt, and Ken Coomer’s pre-Wilco band, Uncle Tupelo. Meanwhile, the sprawling Being There reissue is spread across five CDs or four LPs and includes 15 previously unreleased bonus tracks, featuring alternate takes on “I Got You” and “Say You Miss Me”. Both albums are out December 1st. Pre-orders for each set are available via Wilco World.