The Raleigh, N.C. location will rent DVDs and Blu-rays, in addition to selling genre-forward Mondo merchandise 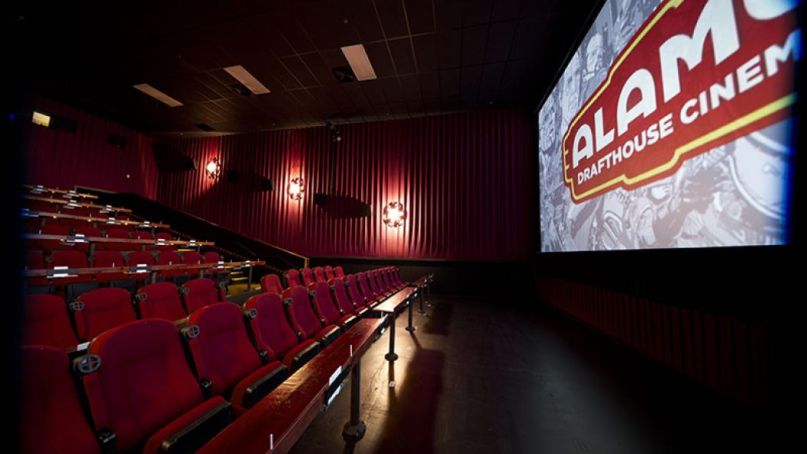 Mondo, the genre-forward purveyors of throwback films, tees, and vinyl soundtracks, have long made a fine pairing with the Alamo Drafthouse chain of cinemas, what with the latter wearing its love of vintage horror and sci-fi on its sleeve. Now, the duo are taking their relationship to the next level by launching Video Vortex, a video rental store that doubles as a brick-and-mortar location for selling Mondo’s massive array of must-have merchandise. You’ll be able to visit it early next year at the 11-screen Alamo Drafthouse theater in Raleigh, N.C.

At Video Vortex, film buffs can rent not only DVDs and Blu-ray discs, but also a “massive” selection rare VHS tapes. Considering there’s a rising interest in VHS—due to any number of strange genre only existing on that format—this is an especially inspired aspect of the business. If you don’t have a VCR, the store will also be renting them with RCA adapters. When it comes to returning rentals, the store will provide Netflix-style return envelopes.

Video Vortex is an offshoot of Alamo Drafthouse’s long-running Video Vortex series, which is curated by Bleeding Skull’s Joseph A. Ziemba. “It gives me hope for humanity to see Video Vortex grow from a series at the Alamo to an actual video store,” Ziemba tells Variety. “VHS is still the only way to see hundreds of forgotten genre movies. But in this era of rare tapes selling for insane amounts of money, Video Vortex will make them easily accessible for everyone in the Raleigh film community.”

They better be carrying Vibrations.