A cohesive, artistic covers album that often improves on the originals 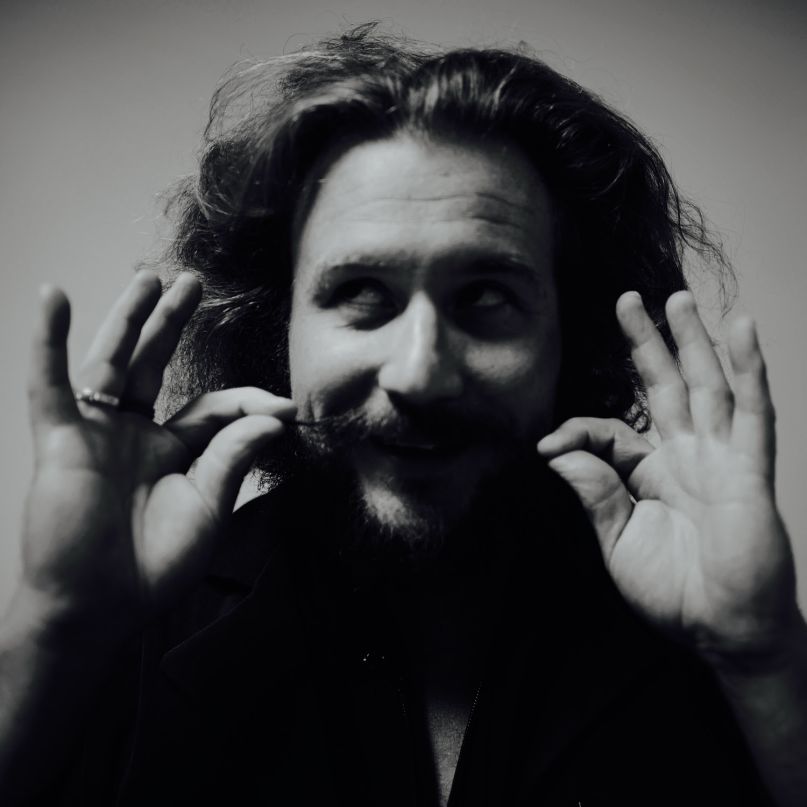 For Jim James, grief is often best expressed through other people’s music. In 2001, the My Morning Jacket frontman worked through his sadness over the death of George Harrison by retreating with a guitar and an eight-track and recording an elegiac collection of the ex-Beatle’s music. Focused yet feverish, those spare tracks would eventually be released to the world as Tribute To in 2009 and provide yet another affirmative data point in the argument for James’ underrated prowess as a bedroom folk maestro.

James returns to the covers game this year in a very different place than he was the last time around. In the years between Tribute To and its sequel, he’s attained and maintained an enviable combination of stadium-filling rock godhood and critic-approved weirdo scene cred. Between the Grammy nominations and covering “The Super Bowl Shuffle” with an internet cat, the sadness (this time inspired by, well, the world going fully and collectively insane) still found ways to creep in. When it did, James returned to voices outside his own to find that same sense of healing that he sought when Harrison died.

At a passing glance, there are plenty of reasons to be skeptical of a record like Tribute To 2. Record store bargain bins are littered with covers records, conceived with equally earnest ambitions, that still did more harm than good, and James’ status as a certified rock star returning to his roots is enough to inspire reflexive eye-rolling in all but the most ardent No Depression subscribers. There’s also the matter of the song selection; can anyone claim, with a straight face, that what the world really needs in 2017 is another Beach Boys or Bob Dylan cover?

Turns out the answer is “yes, if they all sound like these do.” Building around an arrangement inspired by Isaac Hayes’s take on “By the Time I Get to Phoenix”, James morphs the Brian Wilson masterpiece “I Just Wasn’t Made for These Times” from an ode to misunderstood teens into a shell-shocked appraisal of his own place within the world’s many boiling points. It’s a subtle shift in emphasis that mirrors the more overtly political work of 2016’s Eternally Even and serves as a jumping-off point for this new record’s own macro-level anxieties (which come up again on James’ version of “Lucky Man”, which recreates the nigh-monastic harmonies that made the Emerson, Lake & Palmer ballad a hit in the first place). However, James’ worries don’t end at the ballot box; many of the record’s most-affecting moments deal with affairs of the heart and bring interior angst into conversation with exterior anxiety over whether or not this weary, fragile hopefulness can ever suffice.

Though they weren’t recorded in the same cloistered hurry as the Harrison tracks on Tribute To, the songs in this new collection maintain their predecessors’ intimacy, even with the increased production values. The credit here goes to James’ sense of curation; after identifying longing as his subject, he dove deep into the Western songbook, coming up with good fits from corners as varied as British dance band music of the ’30s (spritely piano ballads “Midnight, the Stars and You” and “Love Is the Greatest Thing” from songwriting team Ray Noble and Al Bowlly), AM pop (early Sonny and Cher single “Baby Don’t Go”, here getting the stripped-down makeunder that it richly deserved), and wayfaring strangers (’50s gospel hit “Crying in the Chapel”, which comes out as pensive as it is pretty).

In less meticulous hands, these disparate sounds might never quite coalesce or inspire the temptation to treat each according to its own reputation and demands. On Tribute To 2, Jim James deftly circumvents the biggest challenge of working with other people’s material, adding his own sonic voice and restraint as an arranger to a collection of songs that warp and reorder the conventional wisdom about a covers record’s creative ceiling. The resulting album feels like a genuine, cohesive artistic statement, one that often improves upon its source material rather than just paying bland tribute.

Essential Tracks: “I Just Wasn’t Made for These Times”, “Baby Don’t Go”, and “Lucky Man”

Previous Story
U2 perform “American Soul” and “Get Out Of Your Own Way” on SNL: Watch
Next Story
Members of Alice in Chains, Weezer, Devo, Apocalyptica to play concert as The Hellcat Saints
Popular
More Stories
[fu-upload-form form_layout="media" title="Submit Your Photo"][input type="hidden" name="ugc" value="1"][/fu-upload-form]