N.E.R.D. Gets Cool with a Little Help from Their Friends on No_One Ever Really Dies 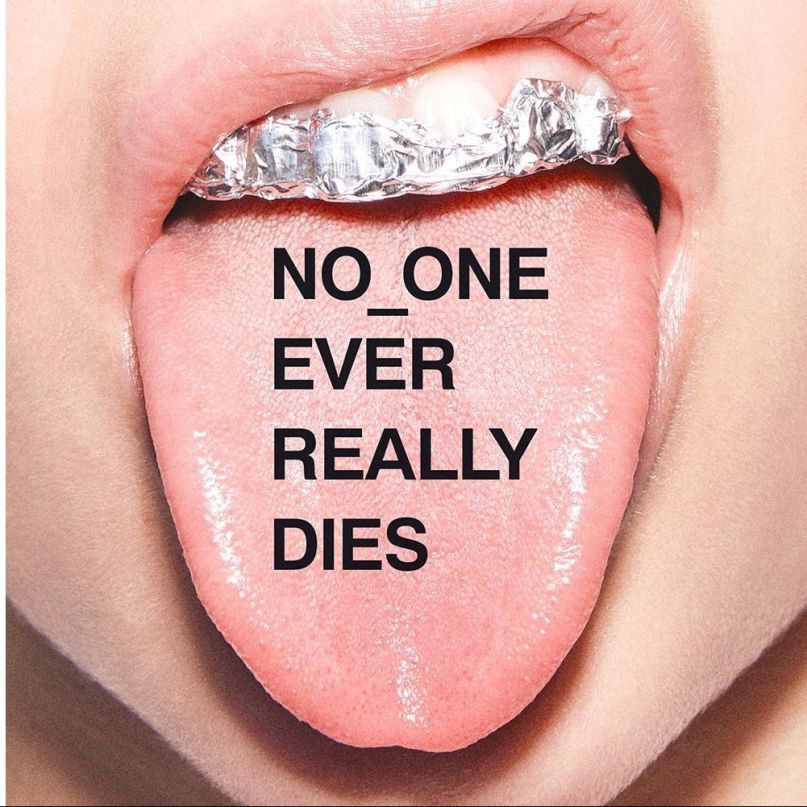 Two years later, they returned with the Steely Dan-inflected Fly or Die, which wasn’t as lucky with the critics, even if it admittedly extended the group’s weirdo life with that “her ass is a spaceship” line for the radio. That critical misfortune would carry over into both 2008’s coked-out Seeing Sounds and 2010’s ayahuasca’d-up Nothing, two albums that did very little to convince outsiders that the cool kids had finally showed up.

Though, the trio’s ridiculous ongoing insistence that this group was political in some way did reach some kind of apotheosis, namely when Pharrell stressed the need to capture the era in his music in a 2010 Billboard interview, saying: “We have a Tea Party. We have conservative Democrats. We have liberals that are like neo-liberals and nothing like you thought they’d be…” To this day, I have no idea what Pharrell thought liberals would be.

With NO_ONE EVER REALLY DIES, the trio have delivered the party-at-the-end-of-the-world record that only their Rolodex could truly dream to life. Where else would you hear Rihanna rapping, a stoned Ed Sheeran mumbling dub reggae, André 3000 rhyming “fractals” with “pterodactyls” all while comparing himself to an omelet (then a quiche), or a completely sober Kendrick Lamar duet about the Keith Lamont Scott shooting.

The album’s so far from dumb that it’s hard to believe it’s a N.E.R.D. record. From “Oh you won’t get away for how you treat Islam” to “Fuck what you say, we’re gonna climb your wall” to the brief but unmistakable “Mad ethnic right now” intro and the amazing “Rollinem 7’s”, Pharrell’s pulled off a damn-near miracle corralling so many A-list guests for A-list work that’s just as much of a block-wide celebration as it is a riot against racism.

Five straight burners set the pace, beginning with “Lemon”, in which Riri flows laconically and doesn’t sing a note; “Deep Down Body Thurst”, which conceals an anti-Trump protest march behind its sexy title; “Voila”, a Gucci Mane-assisted motivational anthem; “1000”, the only Future collaboration ever about “assembling a riot”; and “Don’t Don’t Do It”, as sincere a song as this group has ever done, thanks to a fiery Kendrick Lamar assist that excoriates police brutality.

From there, things slow down with the “Billie Jean”-paced floor-thumper “ESP” and the expansive, nearly eight-minute psychedelia of “Lightning Fire Magic Prayer”, all before the guests take over again. “Rollinem 7’s” adds to André 3000’s almost Christopher Walken-level winning streak of cameos alone, “Kites” finds M.I.A. flying over borders, and closing track “Lifting You” somehow draws emotion from a dub respite with Ed Sheeran.

Rarely has such powerful music collapsed so neatly into lightweight star fuckery; you could play NO_ONE EVER REALLY DIES several times before registering the heavier content beneath the addictively obnoxious “Bouncin’ around, bouncin’ around, bouncin’!” and “Voila, voila!” hooks. If the album title means anything, it’s that all of these major talents are still here. In fact, they’re stronger than ever.