“I’ve been feeling a building sense of duty to go on the same literary marathon in tribute to dad,” Jones wrote on Twitter 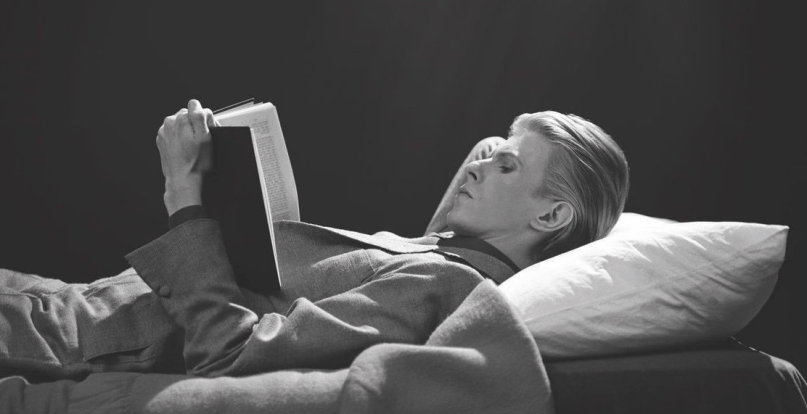 Earlier this year, we shared a list of David Bowie’s 100 “must-read” books, yet another symbol of the late music icon’s voracious thirst for knowledge and enlightenment. Now, his son, the filmmaker Duncan Jones, has launched the “David Bowie Book Club” in tribute to the Thin White Duke.

“My dad was a beast of a reader,” Jones wrote on Twitter. “I’ve been feeling a building sense of duty to go on the same literary marathon in tribute to dad.” The book club will adhere to Bowie’s 100 favorites, which include works ranging from 1945 (Black Boy by Richard Wright) to 2008 (Susan Jacoby’s The Age of American Unreason). The first book on the club’s list, however, is the 1985 novel Hawksmoor by Peter Aykroyd, who Jones describes as one of his father’s “true loves.” Follow Jones’ Twitter account for more updates regarding the book club. You’ll wanna get crackin’, though; the deadline to finish Hawksmoor is February 1st.

Alright gang! Anyone who wants to join along, we are reading Peter Ackroyd’s “Hawksmoor,” as an amuse cerveau before we get into the heavy stuff. You have until Feb 1. ❤️

Be sure to take a break from reading on January 8th, however, as that’s the premiere date for HBO’s upcoming David Bowie: The Last Five Years documentary.