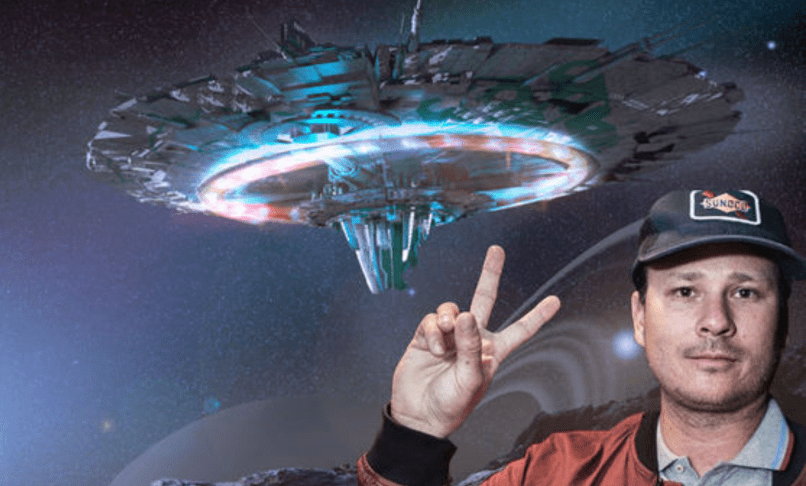 Maybe aliens do exist. At the very least, Tom DeLonge doesn’t seem to be as crazy as we thought.

A new report from The New York Times reveals that the government dedicated millions of dollars to a secret program exploring the possible existence of UFOs. The Advanced Aerospace Threat Identification Program was started in 2007 at the request of then-Senate majority of Harry Reid of Nevada and run by a military intelligence official, Luis Elizondo, out of the Pentagon. The government ceased funding the program in 2012, according to the Times, but it remains operational as of today. Elizondo resigned this past October in protest of what he characterized as excessive secrecy and internal opposition.

So how does this all relate to the former Blink-182 member? Following his resignation, Elizondo joined DeLonge’s To the Stars Academy of Arts and Science.

The commercial venture has been described by DeLonge as a “powerful vehicle for change” that seeks to create “a consortium among science, aerospace and entertainment that will work collectively to allow gifted researchers the freedom to explore exotic science and technologies with the infrastructure and resources to rapidly transition them to products that can change the world.” In addition to Elizondo, the consortium employs a former CIA contractor named Harold E. Puthoff and another former Defense Department official, Christopher K. Mellon, To the Stars Academy of Arts and Science, who was a deputy assistant secretary of defense for intelligence.

To the Stars Academy of Arts and Science provided the Times with unclassified government footage from 2004 “that can be rightfully designated as credible, authentic confirmation that unidentified aerial phenomena (UAP) are real.” Watch it below.