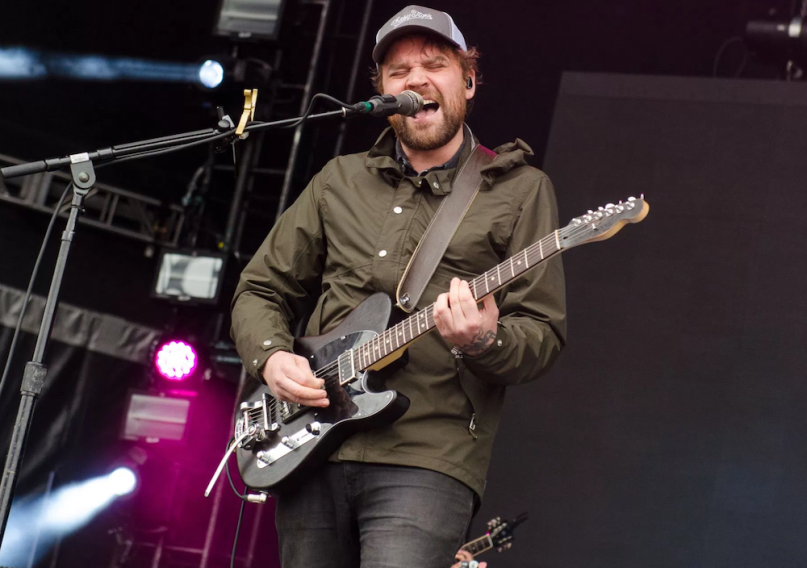 In September, Frightened Rabbit revealed Recorded Songs, an EP of new tracks, including a collaboration with Julien Baker. Today, the Scottish outfit is back with more freshly recorded material in the form of “No Real Life”.

Frontman Scott Hutchison leads the way throughout the four-and-a-half minute song, his voice, like always, an instrument capable of eliciting potent pangs of ache and longing. “I see a light in the crack of the doorway, that extraterrestrial glow,” he sings, the line reflected in the track’s corresponding artwork. Although Frightened Rabbit are known for their more stripped-back folk anthems, Hutchison is joined here by warm and rich chamber rock-esque arrangements. It’s like watching the band bloom into something new. Hear it below.

Accompanying “No Real Life” is an encouragement to donate to Frightened Rabbit’s chosen charity, Alzheimer’s Scotland. “With your help, their aim is to make sure that nobody in this country faces dementia alone,” the group writes.

Next year, Frightened Rabbit will embark on a 10th anniversary tour behind their acclaimed sophomore album, The Midnight Organ Fight. Find those dates here.