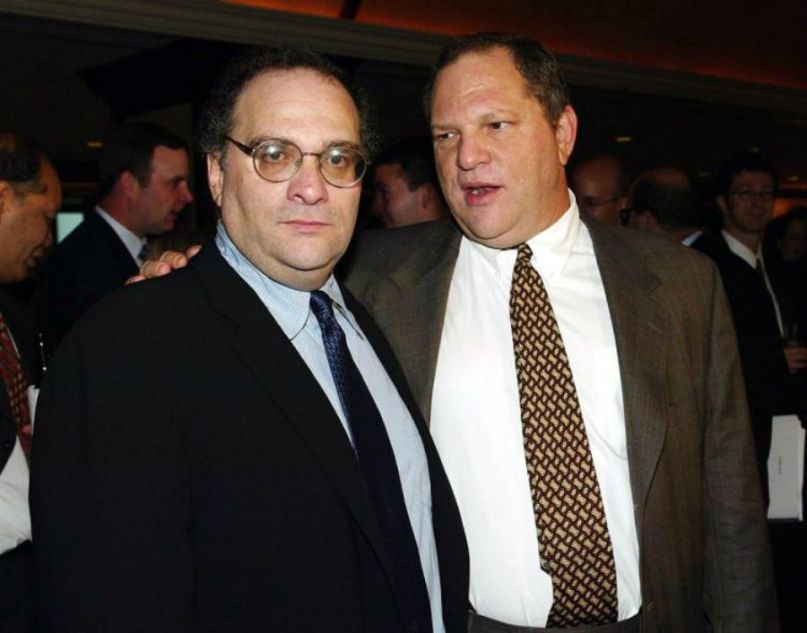 For whom does the bell toll? It tolls for thee, Harvey Weinstein. Variety reports that six victims of Weinstein’s horrifying, systemic pattern of sexual assault have filed a proposed class-action lawsuit in federal court in New York. Named in the suit alongside Weinstein is The Weinstein brothers’ former company, Miramax, as well as current and former board members of Weinstein Co. The six plaintiffs—Louisette Geiss, Katherine Kendall, Zoe Brock, Sarah Ann Masse, Melissa Sagemiller, and Nannette Klatt, all of whom are victims of Weinstein—aren’t just after Weinstein, they’re after the system that’s long enabled this kind of behavior among men in power.

“We have watched with horror, amazement, pride and gratitude in the last two months as women (and men) the world over have come forward and named their abusers. We stand with all those brave people who have had the courage and temerity to shine a spotlight into the darkness. Predators thrive in the shadows. It is only by keeping their secrets for them that we allow them to get away with it,” the statement added.

Variety reports that the suit is being handled by Hagens Berman and Armenta Law Firm, and that the firm plans to bring in “hundreds” of other Weinstein victims. The 14 counts in the suit include witness tampering, mail and wire fraud, assault, civil battery, negligent supervision and retention and negligent and intentional infliction of emotional distress. By saying Weinstein’s companies violated the Racketeer Influenced and Corrupt Organizations Act, the suit declares the company to function on the same level as an organized crime operation.

“Weinstein’s widespread sexual misconduct did not occur without the help of others,” it says in the suit. “Rather, over time, Weinstein enlisted the aid of other firms and individuals to facilitate and conceal his pattern of unwanted sexual conduct. This coalition of firms and individuals became part of the growing ‘Weinstein Sexual Enterprise,’ a RICO enterprise.”

All of this comes in the wake of damning exposes from The New York Times and The New Yorker, which reported not just on the assault and harassment, but the army of private investigators Weinstein hired to track those who posed a threat to him. The ripple effects of the reporting are still being felt—just last month, the LAPD formed a special task force to investigate sexual misconduct in Hollywood.