Beginning December 2018 at the Park Theater 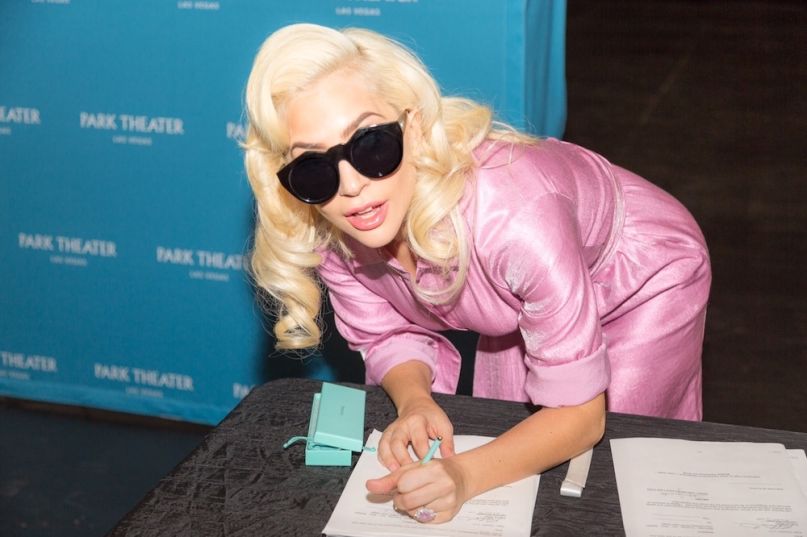 Lady Gaga opened a busy 2017 with a memorable Super Bowl halftime performance before headlining Coachella and embarking on her Joanne World Tour. Along the way, she made history as the first female performer to headline Wrigley Field. Beginning in December 2018, the New York native will bring her on-stage talents to Las Vegas for a two-year residency.

Update: According to Variety, Gaga will perform at least 74 dates as part of a deal that will pay her nearly $100 million.

It will take place at the 5,300-seat Park Theater located at the Park MGM, which is currently being converted from the Monte Carlo Resort and Casino. Additional artists at the venue include pop superstar Bruno Mars and the legendary Cher.

“It’s the land of Elvis, Tony Bennett and Frank Sinatra, the Rat Pack, Elton John, Judy Garland and Liza Minnelli,” Lady Gaga said through a press statement. “It has been a life-long dream of mine to play Las Vegas. I am humbled to be a part of a historical line-up of performers, and to have the honor of creating a new show unlike anything Vegas has ever seen before. I’ll tell you exactly what I told my MGM and Park Theater partners — you can count on this performer always for one thing… I’ll leave my heart on the stage every single night. Thank you to my fans for always believing in me. Meet me in Las Vegas baby, we did it!”

Exact dates and ticket information for the concerts will be announced in the coming months.