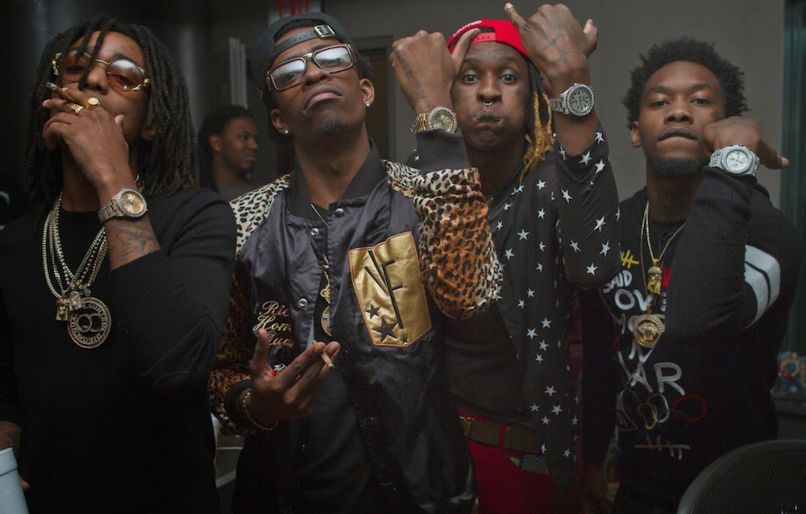 Atlanta producer extraordinaire Zaytoven has dropped a new mixtape called Trapping Made It Happen. The project is brimming with elite talent, but one track in particular brings together two of rap game’s most in-demand acts.

Titled “Five Guys”, it features guest verses from fellow Georgians Migos and Young Thug. The MCs reflect on invincibility and raking in the green (not exactly a burgers anthem, unfortunately). “I drowned in racks and then I died and I came back alive/ I get that pack, get all them pies, you know I strive,” Thugger boasts, before name-dropping another famous hustler, Pablo Escobar. “Hundred shots, boy fuck a vest.” Quavo, meanwhile, is ready to take down untrustworthy associates. “If he playing with my money, then we outline him in chalk/ The world is so cold so I’m rocking Timbs like I’m from New York.” (True fashion point, I’ll say.)

Hear the track down below.

Zaytoven, Quavo, and 2 Chainz previously linked up on a song called “Wake Up, Cook Up”. Along with Beautiful Thugger Girls, Young Thug put out a collaborative mixtape with Future dubbed Super Slimey. As for Migos, they recently joined forces with Cardi B and Nicki Minaj on “Motorsport”; their Culture album is one of the best we’ve heard all year.