"I bowed my head and thought, I can’t fix this. It was the moment that I let go," she says 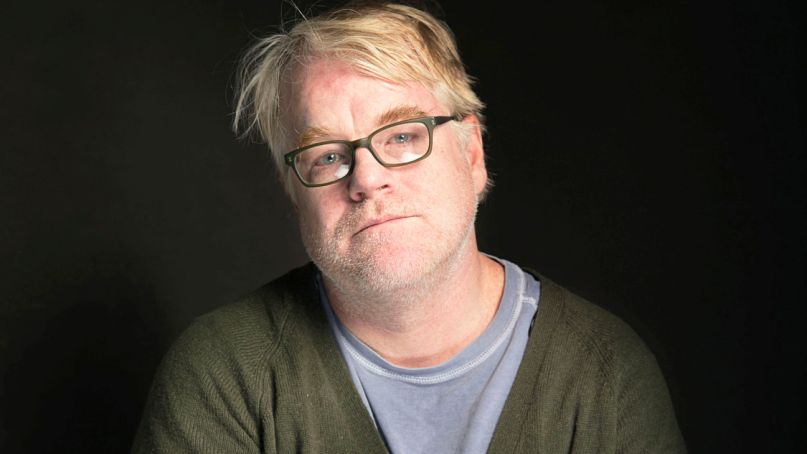 In a Jan. 19, 2014 photo Phillip Seymour Hoffman poses for a portrait at The Collective and Gibson Lounge Powered by CEG, during the Sundance Film Festival in Park City, Utah. Hoffman, who won the Oscar for best actor in 2006 for his portrayal of writer Truman Capote in "Capote" was found dead Sunday in his apartment in New York with what law enforcement officials said was a syringe in his arm. He was 46. (Photo by Victoria Will/Invision/AP)

It’s been four years since we lost Philip Seymour Hoffman, and it still hurts us, his mere fans, every time we stumble across one of his movies. Now, in a lovely, sad new piece in Vogue, Mimi O’Donnell, Hoffman’s widow, recounts the beginnings of their relationship, his struggles with addiction, and her own struggles to bring a sense of normalcy back into the lives of she and her children.

Hoffman was already in recovery by the time they came together in 1999, and she movingly describes several years of communal bliss, as well as the births of their children. His habit resurfaced in a rather innocuous fashion, and was expedited by periods of artistic inactivity. When he began using again, it was with prescription opioids. Soon, he began drinking, and his dormant heroin habit resurfaced.

“As soon as Phil started using heroin again, I sensed it, terrified,” she writes. “I told him, ‘You’re going to die.’ That’s what happens with heroin.’ Every day was filled with worry. Every night, when he went out, I wondered: Will I see him again?” O’Donnell goes on to discuss his attempts at rehab and, heartbreakingly, the pair’s decision that he get an apartment of his own so his children wouldn’t be witness to the aftereffects of his drug use.

“For the first time I realized that his addiction was bigger than either of us,” she adds. “I bowed my head and thought, I can’t fix this. It was the moment that I let go. I told him, ‘I can’t monitor you all the time. I love you, I’m here for you, and I’ll always be here for you. But I can’t save you.'”

Equally tragic is O’Donnell’s struggles in the months following his death. “It was almost a year before I could go out at night without the kids’ going into a panic. When I forced myself to make a few tentative forays into the world, within an hour there would be a phone call and I’d be on my way back home.”

Read the entire piece over at Vogue.