Music Felt Kind of Powerless in 2017 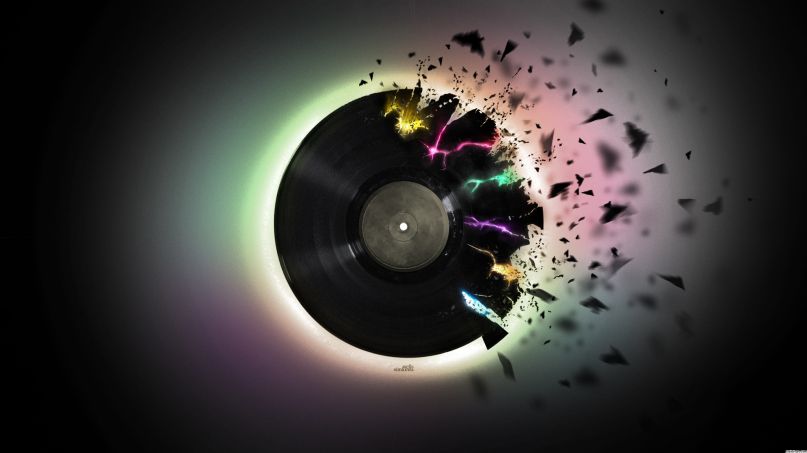 Not to cap off a depressing year with the obvious, but 2017 was a landmark: the first year in history where the music that was subtracted and retracted was a bigger story than any new nominations for classic albums admitted into the canon. This either surprised you coming out of a strong 2015-2016, or it felt like inevitable backlash to positive developments the way Trump was a backlash to Obama. In 2015, Kendrick Lamar’s To Pimp a Butterfly was the most instantaneously and unanimously acclaimed record since Kanye West’s My Beautiful Dark Twisted Fantasy five years before, and a song like “Alright” felt like a triumph of the human spirit, a rap song being chanted at protests against police violence. In theory, we could’ve used a piece of music like “Alright” this year, but in reality, it probably wouldn’t have helped much.

Throughout the tail-end of the Obama presidency, it felt like America had leveled up as a culture in some way since our pop stars expanded our definition of what “pop” could be, seeing how “Formation” or “The Blacker the Berry” hardly served as escapist entertainment. And if this was a form of escapism, it didn’t ignore the problems it was meant to provide solace from, even if videos like “Alright” or, say, Flying Lotus’ Kendrick collaboration, “Never Catch Me”, offered a wistful surrealism to the undeniable sadness. Granted, the seeds of this more meaningful political takeover in music were there the previous year in Run the Jewels 2 and D’Angelo’s Black Messiah, but it was Kendrick who pushed the unrest into the spotlight, who now scores real No. 1 hits with a song like “HUMBLE.”, which makes no concessions to anybody, not least the radio it dominates.

With 2016, you could’ve sworn we almost had another monoculture, given the frequency and strength of the critical consensus. David Bowie’s Blackstar, released just two days before his death, went on to win the Village Voice’s Pazz and Jop Critics Poll and conquer Bilboard’s Top 200 Albums, both firsts for the icon. Kanye’s long-troubled, almost open-source experiment The Life of Pablo survived controversial public appearances and erratic Twitter tirades. Beyoncé’s HBO special and second visual album, Lemonade, became the biggest event album of the decade, surpassing even To Pimp a Butterfly’s public profile with its sheer quotability (effectively teaching white people what a “Becky” was), its instantly memeable visuals, and possibly even inviting the greatest public speculation about the clues and implications of a major artist’s real life since the Beatles’ “Paul is dead” phenomenon. And finally, A Tribe Called Quest’s first and final album in 18 years, We got it from Here… Thank You 4 Your service, hit No. 1 the same week that the world ended and the fabric of our existence unraveled entirely into 2017.

We were so unprepared for Trump’s election. Even now, people still refuse to reconcile what happened, not least Hillary Clinton herself. (Love her or hate her, there’s a reason this Onion headline was so scathing.) But the worst feeling in the aftermath — other than the fact that we’re losing all our constitutional protections and health care, especially women and immigrants — is that we haven’t learned anything. Harvey Weinstein is a passionate liberal that we’ve all rightfully admonished, and yet the Democrats still allow Bill Clinton to be a figurehead, even after he’s been multiply accused by different women of sexual harassment and rape. In other words, the party of progressive values, the one that’s ‘supposed to know better,’ still fails to dismantle patriarchal entitlement and sociopathic treatment of women.

As every institution we took for granted was uprooted, the effect on the music world was collective exhaustion. It’s so difficult to focus on art when we’re being terrorized several times a day with every new heartwrenching report. But even music cried out for positives that weren’t there. It would be difficult for the biggest fans of Kendrick Lamar’s DAMN., Lorde’s Melodrama, SZA’s Ctrl, or even my beloved 4:44 by Jay Z to claim that these works of art managed to even temporarily distract the conversation away from the abject horrors of 2017. The horrors were admittedly too great, but our favorite music in 2017 was too small, somehow, relative to the seismic multimedia force of To Pimp a Butterfly or Lemonade. Many have said that Trump is too inscrutable for protest songs, the references too instantly dated. Dawn Oberg’s excellent and on-topic Nothing Rhymes with Orange EP proves this wrong, but few artists operate on a vaudevillian wavelength, handpicking items from the news cycle to reference wholesale anyway.

Still, Butterfly isn’t close to just being “about” Ferguson, and Lemonade isn’t entirely about Jay Z’s cheating either. The fact that we didn’t get one of those records in 2017 was perhaps a reminder that even artists who build major projects around horrible circumstances needed some air this year. The racism, misogyny, and sabotage of human rights in Washington isn’t new. But the all-around onslaught after many battles had already been won is. The fact that this administration doesn’t even attempt to disguise their contempt is. The war on knowledge itself is. That’s a lot to take in, to fight against, to find a balance between our literal rage against this bumbling bacteria in office and the somewhat more intellectual pursuit of abstractions of art.

In 2015, Kendrick’s “Alright” felt like art could change the world again. In 2017, not only could musicians not change the world; politicians with their souls intact couldn’t either. Does something like, say, The National’s “The System Only Dreams in Total Darkness” seem like it’s going to reach anyone outside of its mostly white, mostly middle-class, possible even mostly cismale orbit? The song that encapsulated my 2017 was longtime outsider folkie Hamell on Trial’s “The More You Know”, in which the punchline is “the more you know, the more you don’t know.” And the tune briefly slut-shames Melania. It’s the not-correct-enough anthem we deserve for a year when even the worst people might not quite deserve the fate they’ve voted for. Almost.

So, it should be no surprise that bigger than any actual music released in 2017 was the story of rapists and serial abusers of women being outed, and, even more surprisingly, ousted. Wrestling with the moral implications of how to proceed with that is discussed in this excellent conversation with some of Consequence of Sound’s non-cismale writers. But the scope of who these men are is staggering. The co-founder of Def Jam. The singer of a beloved emo band who everyone knew had misogynist lyrics. Half of an extremely progressive, non-binary duo who often sang about being queer and being outcasts from the outdated gender binary. The former guitarist of a wholesome-appearing dream-pop band. A 19-year-old rapper/singer who still has a major-label deal while being on trial for allegedly assaulting a pregnant woman while the rest of the above-named artists were mostly promptly ex-communicated from their record deals, management teams, and streaming services.

There was no counterbalance to this, and that’s not such a bad thing. The conversation surrounding Ctrl, DAMN., and Melodrama was minuscule compared to the discussion of a world-historical moment for women and abuse victims in the music industry (and many, many others). But our souls are shaken, and we usually turn to music for that. Maybe we needed a reminder that music is not the cure we pretend it is a lot of the time, and sometimes it’s the symptom itself. In a time that already devalues music as something free, something the world now takes for granted, it was difficult to admit that it may be even more powerless than we thought. Then again, the destruction of our lives and possibly our planet has been expedited by a man who has never cared about art in his misogynistic, narcissistic life. Here’s hoping art regains its power to help us end his reign of terror, because the rest of us do care about it.

Then again, here’s hoping we’re still around to care about anything at all.