N.E.R.D. bring together Kendrick Lamar and Frank Ocean on new song “Don’t Don’t Do It!”: Stream 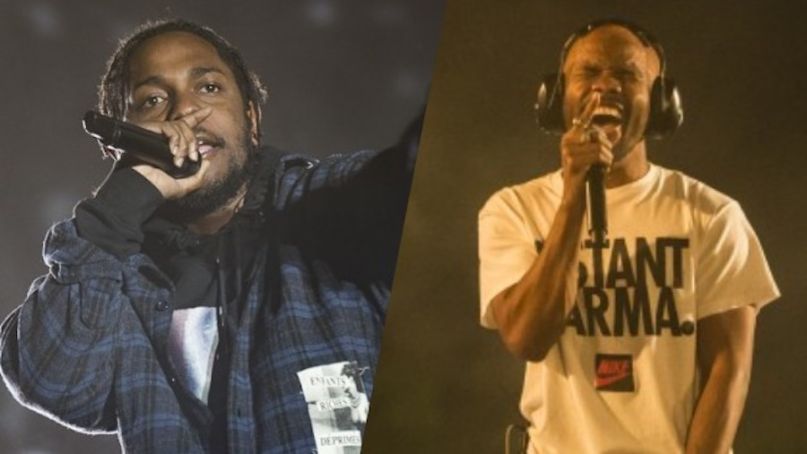 N.E.R.D.’s feature-heavy reunion album, No_One Ever Really Dies, arrives this Friday. Kendrick Lamar is one of the most anticipated guests on the album, making two appearances. Today the Pharrell-led group premiered one of those tracks, “Don’t Don’t Do It!”, and revealed a surprise collaborator in Frank Ocean.

Ocean penned the intro for “Don’t Don’t Do It!”, which is sung by Pharrell. “It makes no difference in this life,” the N.E.R.D. leader croons. “Up and ups just fine/ Gonna up and up this life/ Til’ we go down on our luck.”

Speaking about Ocean’s involvement in an interview with Zane Lowe, Pharrell said, “He is the art of no compromise, no concession, and very colorful with it. And that’s what, I feel like, that’s what is very interesting about his journey. Because if you understand him then, you know anything that he’s ever done is just what he’s really, really, really felt.”

Meanwhile, K. Dot uses his verse to address police brutality. “Don’t let the holster break or roast ya,” he raps. “Roller coast ride that bitch/ Soon the lady’s eyes gon’ switch/ You know Cali got that itch/ How many more of us gotta see the coroner/ Slain by the same badge, stop, wait, break, fast!”

Listen to “Don’t Don’t Do It!” and the interview below. The song marks only the second collaboration between Lamar and Ocean, who previously appeared together on Mann’s 2011 remix, “Bend Ya”.

In a recent interview with The Guardian, Pharrell described “Don’t Don’t Do It!” as “the centerpiece of the record” and revealed that it’s about the fatal shooting of Keith Lamont Scott by North Carolina police in 2016. “This was something I saw on the news,” he said. “We have that crazy, crazy man [running the country] but also they have police that shoot unarmed black people the whole time. It rains and they shoot black people. I hid the story in something that’s so jubilant because that way you won’t miss the message.”