Niecy Nash says new Reno 911! movie is in the works

"It's really a matter of timing for us and when everybody is available," added series co-creator and star Kerri Kenney 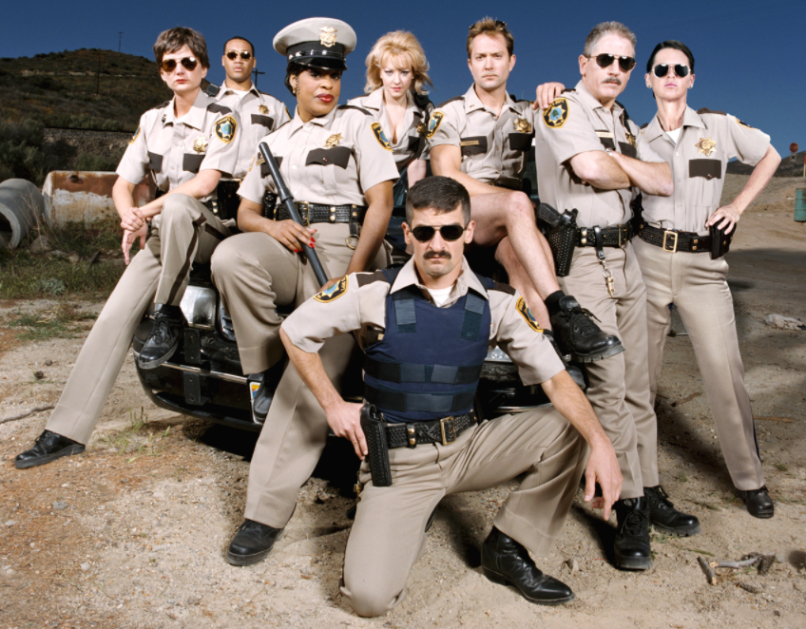 The stupidest group of cops who aren’t legally retarded may be getting back together. The Hollywood Reporter has it that the stars of the Comedy Central show Reno 911! are planning to reunite for a new movie.

Niecy Nash, who played Deputy Raineesha Williams on the series from 2003 to 2009 and in the 2007 movie Reno 911!: Miami, revealed the news at the premiere for the upcoming feature Downsizing. “I’m trying to get everybody to commit to it this summer!” said the comedian.

Kerri Kenney, who starred as Deputy Trudy Wiegel and co-created the show with Thomas Lennon (Lt. Jim Dangle) and Robert Ben Garant (Deputy Travis Junior), added that the process is in very early stages. Still, all the original cast members seem game to return. “Last week, there was an email chain that went around saying, ‘Come on guys, let’s do another run!’” she said on the Downsizing red carpet. “It’s really a matter of timing for us and when everybody is available. Niecy sent Tom and I a picture of a kiosk in a Walmart and I guess we’re big stocking stuffers this year because it was a display of our box set. We were like, ‘Maybe it’s time.’”

Though the idea has been sparked, no one seems to know what the premise of the potential movie might be — and they’re okay with that. “Do we need a storyline?” joked Nash. “We’re just gonna put on the uniforms and see what happens.”

Revisit Reno 911: Miami via the trailer below.