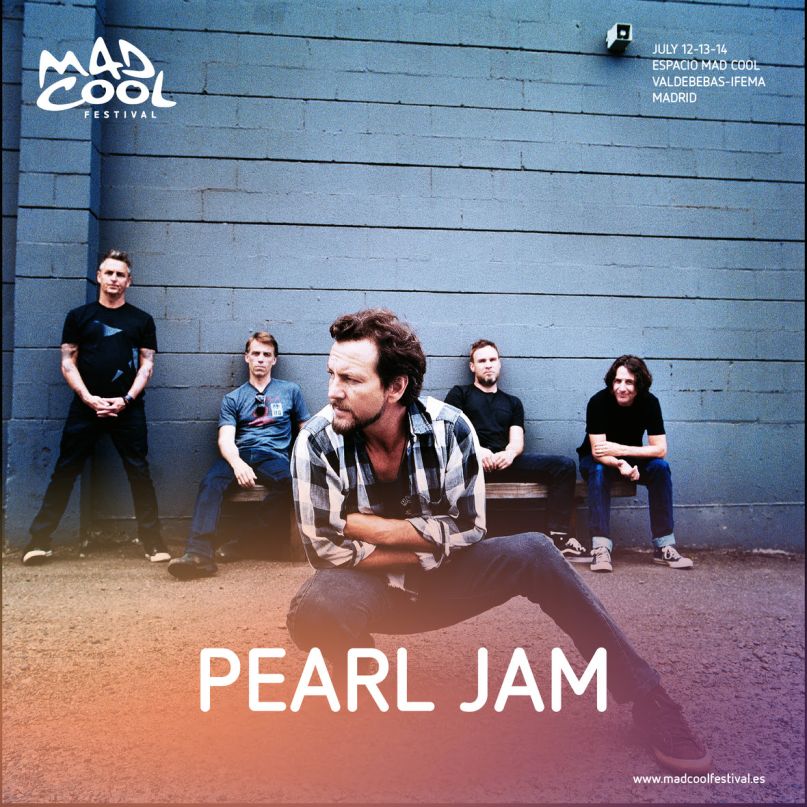 The lineup for Mad Cool Festival is shaping up to be one of the best of 2018. Nine Inch Nails, Depeche Mode, Queens of the Stone Age, Massive Attack, MGMT, Fleet Foxes, Future Islands, and Real Estate are some of the names already announced to appear at the Madrid, Spain festival between July 12th and 14th. Now, they’ve confirmed a headlining performance from Pearl Jam, along with several other formidable acts.

As part of a newly announced European tour, Pearl Jam will visit Spain for the first time in eight years. Other new additions to the Mad Cool lineup include Perfume Genius, Sampha, Japandroids, Washed Out, Gold Panda, Kasabian, and Snow Patrol.

As epic as the lineup already is, it’s just the beginning. Many more acts will be added to Mad Cool’s bill in the coming months, so stay tuned.

Tickets are currently on sale and only cost 130 euros, which converts to a little over $150 in American dollars.