Sources: Eminem, Beyoncé, and The Weeknd to headline Coachella 2018

An official lineup announcement is expected in early January 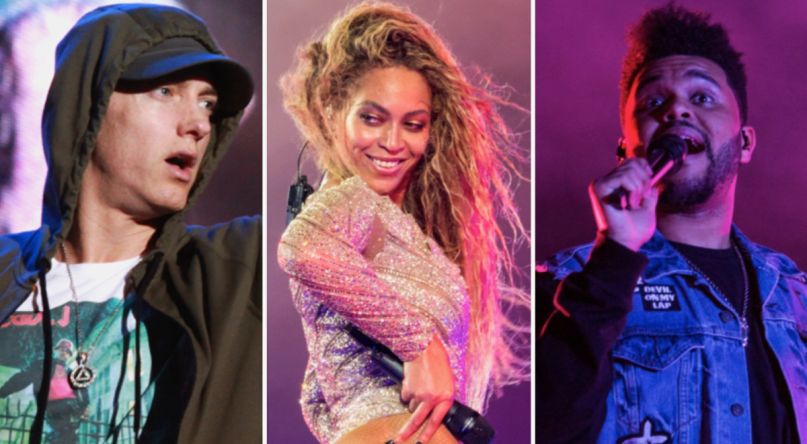 America’s preeminent music festival returns for its 19th edition on April 13th-15th and April 20th-22nd at the Empire Polo Club in Indio, California. An official lineup announcement is expected in early January coinciding with the on sale of tickets.

Representatives for the festival could not be reached for comment.

Each headliner will top the festival’s bill for the first time: Eminem made his first and only Coachella appearance in 2012 as a surprise guest of Dr. Dre. Beyoncé was originally set to headline last year, but was forced to postpone her appearance after becoming pregnant with twins. She previously made surprise onstage appearances in 2010 and 2014. As for The Weeknd, he performed twice at Coachella and appeared as a surprise guest in 2017, though like Em and Beyoncé, he’ll be headlining the main stage for the first time.

Next year’s trio of headliners are also noteworthy for what they are not. For the first time in the festival’s history, a rock band will not appear at the top of the bill, another troubling sign of the genre’s waining popularity.