The Absolute Worst Pop Lyrics of 2017 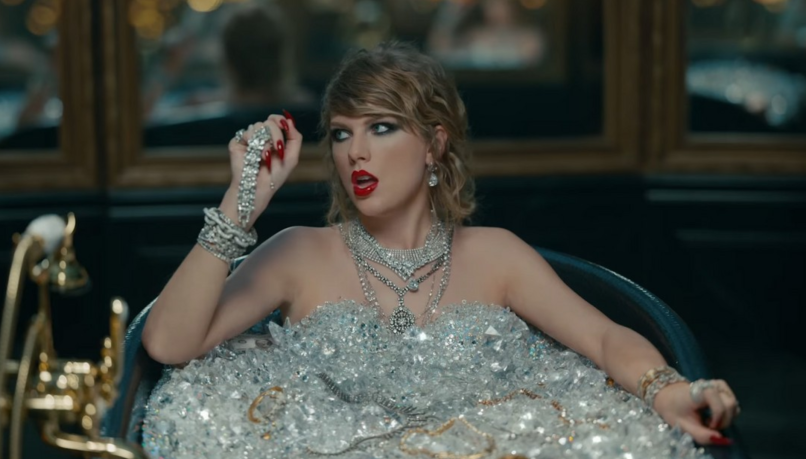 At a time of immense change, the pop charts have stayed comfortingly familiar. Like a moldering security blanket or a stuffed animal that’s missing an ear, popular music may not be pretty, but at least we know what we’ve got. Whether it be country or hip-hop, rock or bubble gum, 2017 saw the usual mix of surprise hits, overnight sensations, veteran craftsmanship, and inescapable hackwork that’s rammed down our ear canals until we’re singing it in the shower — whether we like it or not. Here, we are concerned with the “nots.”

Welcome to the Worst Lyrics of 2017, our yearly effort to find majesty in travesty and celebrate the best of the worst. The rules are the same as in 2016 and 2015: the song must chart on the Billboard Hot 100. This eliminated some godawful gems from contention, most painfully Neal McCoy’s “Take A Knee, My Ass (I Won’t Take A Knee)” a minor country music hit, which was either a) an anatomically impossible command, or b) a song that assumed people who were protesting racial inequality were actually protesting military veterans. It says something that I don’t know which interpretation is more confusing.

The songs that did manage to make our list come in shapes both old and new. There are plenty of sex descriptions that’ll have you longing for celibacy. There are lyrics that seem to have been constructed by pulling words randomly from a hat. And, for a list of songs that were all undeniably popular, there’s a surprising amount of feces.

But perhaps that’s to be expected. After all, 2017 was the year of alternative facts. And so, without further ado, here are the year’s alternative best lyrics.

It was a bad year for Katy Perry all around, full of dreck like, “Turn it up, keep it on repeat/ Stumbling around like a wasted zombie,” and “The tiger don’t lose no sleep/ Don’t need opinions from a shellfish or a sheep.” But, “Got me spread like a buffet,” takes the all-you-can-eat mass produced cake. Perry compares her sex organs to food that’s been sitting under heat lamps for hours, in a setting that makes you wonder who’s been there before you, and whether they covered their mouth before they sneezed. This isn’t fine dining, it’s where you go when you’re broke and not feeling picky. Whether you think you’re hungry or in the mood for love, Katy Perry will change your mind.

Worst Lyric: “I see how your attention builds/ It’s like looking in a mirror/ Your touch like a happy pill/ But still all we do is fear.”

Last year Selena Gomez became the first artist to appear on this list twice, and this year she’s done it for a third straight time, a feat I’m calling a hack trick. Gomez has a gift for lyrical quicksand: Everything looks fine at first glance, but the longer you spend there, the worse it gets. I seriously considered another Gomez gem, “But just like the battle of Troy/ There’s nothing subtle here,” which means her knowledge of that battle does not extend to the Trojan Horse, perhaps the most famously subtle strategy in the history of war. But this quatrain is worse. The first two lines sound as if she’s getting turned on by her own reflection — after she’s done with Troy, perhaps her Greek studies will cover the myth of Narcissus — and the last couplet is an uninspired grab bag of dull imagery. What does it mean that a touch is like a happy pill? Is it soothing? Addictive? Powdery on the tongue? And what, exactly, is she afraid of? Other than meaningful lyrics, I mean.

Worst Lyric: “Yup, I got the pussy first and then I ignored you/ You fucked another nigga, you ain’t loyal”

Don’t you hate it when the person you’ve been ignoring continues to live their life? What kind of disloyal jerk enters into new romantic relationships despite the fact that you fucked them once and never called them again? Don’t they understand how inconvenient it is when you have to stop ignoring them in order to shower them with abuse and insults? Yo Gotti understands. He’s also under the impression that romantic language like this will make women “wet, wet turn into a pool,” which has the effect of making Chris Brown’s repeated mumbling of that word, “wet,” sound almost tender. This is a sex jam for people whose girlfriends come with an air pump.

This is pronounced with all the authority of a 12-year-old sporting bottle-blue hair who just got back from her first trip to Hot Topic. And what, exactly, is supposed to be new about this stuff? Taylor Swift’s music persona is famously vindictive, to the point where The Onion ran an article titled, ‘Taylor Swift Releases New Breakup Song Slamming Winner Of “Win A Date With Taylor Swift’ Contest” all the way back in 2013. Bonus points go to, “But I got smarter I got harder in the nick of time/ Honey, I rose up from the dead, I do it all the time,” both for rhyming ‘time’ with itself, and for mashing adjectives and nouns together in an apparently random order. The “old Taylor” is dead, along with the English language.

Perhaps written for people obsessed with calling a spade a spade, we have a country-pop crossover with the clear-eyed observation that a precious heart is, in fact, a precious heart. It’s as if the lyrics were written by a computer program, or a prepubescent trying to impress a crush, or, you know, a longtime industry drudge. Keith Urban, a country music veteran and former judge on American Idol, has teamed up with Carrie Underwood for a bit of misogynistic bilge about a fragile female in need of the protection of a strong man — a “fighter.” In this sense, it’s the perfect song for a nation that sometimes seems to have time-travelled back to the 1950’s (when ‘spade’ was an overt racial slur, instead of merely a codeword.) Perhaps, as Urban alleges, “He didn’t deserve you,” but it’s also true that we didn’t deserve this, ‘cause Urban’s repetitive lyrics are repetitive.

It’s tempting to put a crappy joke like this at No. 2, but I take my duty seriously. Kodak Black is 20 years old, but with a sense of humor such as this, you might assume that the zero was added accidentally. Born Dieuson Octave, Kodak Black already has a long history of violent and misogynistic behavior, including assaulting his court-mandated therapist and claiming that light-skinned women are more attractive than women with darker skin. For these reasons, his above lyric would be more accurate without the word, “the.” He specializes in songs as disposable as toilet paper, but unlike a roll of toilet paper, no one would miss him if he wasn’t at hand.

Worst Lyric: “Promises in the air/ Drowning in love affair/ The night is young and we are young.”

The Chainsmokers sing about as well as the name implies, and have showcased a taste in collaborators that ranges from, “I think I’ve heard of them,” to “I’ve already heard more than enough” (country frat-rappers Florida Georgia Line fall squarely in the latter category.) But it’s the Chainsmokers’ lyrics that’ll really make you cough. Don’t ask how something “in the air” winds up “drowning,” and try not to stumble over the confused grammar. Some variation on youthful people and an early evening has appeared in songs by Nelly Furtado, Nicki Minaj, Jermaine Stewart, Ella Eyre, Across The Oceans, and dozens of more artists that you’re welcome to google if you find yourself particularly bored. Which you will be, by the time you’re done listening to this tedious tripe.

Because nothing says “sexy” like soiled underwear. The various ex-members of the offensively inoffensive boy band One Direction have been tripping over each other to be the edgiest solo artist, but Niall Horan’s “Slow Hands” isn’t edgy so much as disgusting. Horan would disagree; he seems to think it’s seductive, and he follows, “Sweat drippin’ down my dirty laundry,” with, “No chance that I’m leaving here without you on me.” The lyrics make more sense if you imagine him in the laundry room addressing a brown stain that won’t come off in the wash.

If he didn’t know, it didn’t take him very long to find out. But it’s not just the instant contradiction that earned Trippie Red a place on this list, it’s that he’s traveling down such a well-worn path. The attempts by previous rappers to describe how very stoned they’ve gotten might have stopped at, “I’m so high I’m in outer space.” Then Lil Wayne took us to Mars and Future went all the way to Pluto. Now that all the good planets, exoplanets, and dwarf moons have already been visited, what’s an unimaginative emcee to do? And so Trippie Redd goes back to Mars, and like Christopher Columbus, he discovers a place that plenty of people have been for years.

Worst Lyric: “I just dropped some new merch and it’s selling like a god church”

Young people are idiots, and as proof I offer Jake Paul, a former Vine and current YouTube star with all the charm of dried mayonnaise. Not a musician by trade (obviously), he made a rap song called “It’s Everyday Bro”, and young people, who quite rightfully cannot vote or operate motor vehicles, watched it over 70 million times and pushed it into the Billboard Hot 100. Here, he advertises his new merchandise and closes the couplet with what, I can only assume, was the very first phrase that popped into his nearly empty head. The song is so bad it’s become the fourth-most disliked YouTube video of all time, and the second-most disliked music video. The song is so terrible that I’m breaking my unwritten rule and including two awful lyrics from the same awful song. That’s right: “Selling like a god church,” isn’t even the song’s worst line…

No, But Really, Here’s the Worst Lyric: “England is my city.”

Rapped by Nick Crompton, but written by everyone’s favorite YouTube shit-sation, it’s “England is my city.” Well, Chicago is my planet, mouth is my face, and Jake Paul is a songwriter. In an era of alternative facts, Jake Paul is the songwriter of the year, the artist we didn’t ask for but probably deserve.