The Walkmen’s Walter Martin announces new album, Reminisce Bar and Grill, shares lead single, “I Can Run From the Hellhounds But I Can’t Hide”: Stream 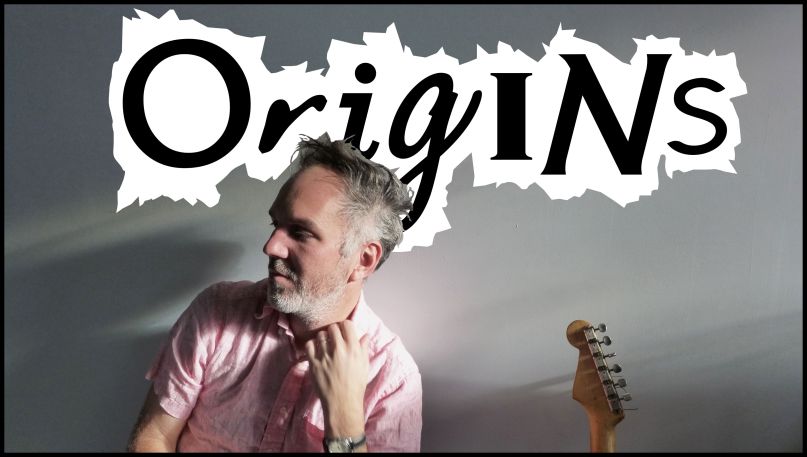 While you might know Walter Martin as a singer and multi-instrumentalist with The Walkmen, he’s also built a prolific solo career — one that’s heavily dabbled in children’s music. He’s won awards for 2014’s We’re All Young Together and this year’s My Kinda Music, but now he’s growing up and taking a hard look in the mirror. He describes his forthcoming album, Reminisce Bar and Grill, as his “mid-life crisis album.” He might be 43 with two kids, yet he still can’t help asking himself, “What the hell am I doing? What the hell’s going on?”

“I wanted this album to be an entertaining discussion of marriage, fatherhood, work, fear and weakness,” Martin says. So, yeah, a kid’s album this is not. Still, there’s a sense of whimsy coursing through the introspection at the heart of the album’s first single, “I Can Run From the Hellhounds But I Can’t Hide”, which Consequence of Sound is premiering today.

Reminisce Bar And Grill was recorded over two and a half years in both Brooklyn and Richard Swift’s National Freedom Studio in Cottage Grove, Oregon. Joining Martin for the ride were mixers Swift, D. James Goodwin, and Phil Elk, as well as musicians like Fruit Bats’ Brian Kantor, French Kicks’ Jamie Krents, and Josh Kaufman, a guitarist who’s played alongside Craig Finn and Josh Ritter. Clap Your Hands Say Yeah’s Alec Ounsworth lent his insectoid rasp to the vocal harmonies. It’s due out Feburary 16th via Flottante Music.

For our latest Origins feature, Martin shares some of the songs that helped influence the sound and vocals of “I Can Run From the Hellhounds But I Can’t Hide”. Surprise, they’re mostly the ones he was listening to on that fateful run.

I thought of the idea for this song while I was running in the park near my house on a Saturday while my wife and daughters were home cleaning up the basement. I’m not a very health conscious guy and I only run occasionally. I think the main reason I run is to feel like I’m being healthy and that if I run, maybe I will live longer. I also like to run so I can get a moment alone. I like to listen to music when I run. I listen to the song called “$” by DRAM (feat Donnie Trumpet) almost every time I run. I think it’s the best song in ages. And the video is beautiful. And he’s from Virginia which I think is cool.

So on this run in the park while I was thinking of my song idea, I stopped while I was running and made an out-of-breath voice memo that said something like, “I went on an emotional run this morning, while my wife cleaned up the basement and I listened to The Doors and DRAM and Porno For Pyros and Boz Scaggs and I sweated through my Bob Marley shirt and I worried about my health and my heart and about dying.” And when I finished, I thought, “Huh… Y’know what?… That could be a good song maybe. And I could make it sound like ‘Bennie and the Jets’ with crowd noise and pianos and all that crap.”

Elton John — “Bennie and the Jets”:

Later that week I realized I had a good piano part lying around that I thought sounded kind of like “Bennie and the Jets” so I wrote my ”emotional run” song to the piano part. I liked the song but it needed to be faster. I’d recently become obsessed with Boz Scaggs’ song “Lowdown” so I called my pal, drummer ace, Brian Kantor he came by my studio and recorded a bunch of “Lowdown”-style drums to no music.

I used two mics and the drum sounds I got were really dry and weird and I thought they were awesome. So I superimposed my slow piano chord structure on top of the beat and I was like, “I fuckin’ love this.” I wanted a dopey hook like the flutes in “Lowdown” so I threw together the little whistling melody thing with doubled and quadrupled whistles and flutes and I thought it was one of the dumbest sounding things I’d ever heard and I loved it and I thought it set the perfect tone for a 43-year-old’s song about exercising and fear of death.