Plus, an expansive spring world tour in support 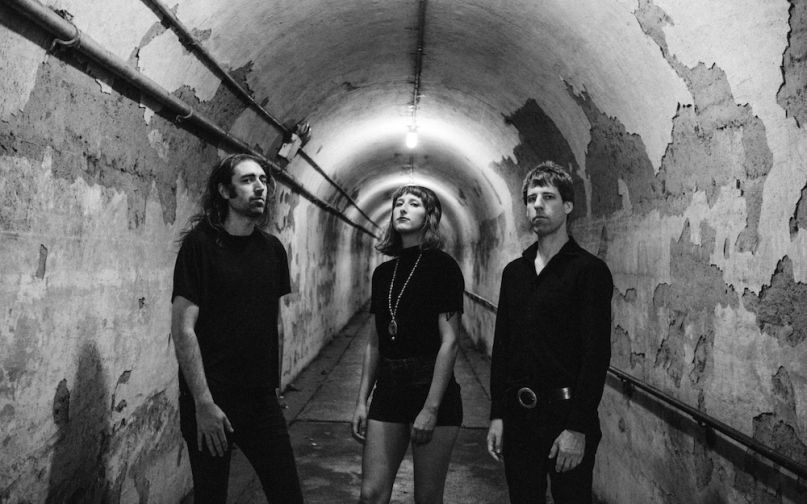 A Place to Bury Strangers are set to return with their fifth studio album, Pinned. The follow-up to to 2015’s Transfixiation arrives on April 13th through Dead Oceans.

The full-length marks the band’s first release with drummer Lia Simone Braswell, who came into the fold after being spotted by bassist Dion Lunadon in Brooklyn a few years ago. The addition of Braswell has opened up a new dimension for APTBS, according to guitarist/vocalist Oliver Ackerman.

“We try to push ourselves constantly, with the live shows and the recordings,” he shared through a press statement. “We always want to get better. You’ve got to dig deep and take chances, and sometimes, I questioned that. It took really breaking through to make it work. I think we did that.”

As a first listen, APTBS have shared the pounding new single, “Never Coming Back”. It’s anchored by a driving bassline from Lunadon and features a turbulent wall of guitars.

“That song is a big concept,” Ackermann said about the song. “You make these decisions in your life… you’re contemplating whether or not this will be the end. You think of your mortality, those moments you could die and what that means. You’re thinking about that edge of the end, deciding whether or not it’s over. When you’re close to that edge, you could teeter over.”

Check it out via the frenzied black-and-white video below.

APTBS will embark on a world tour in support of Pinned following their appearance at South by Southwest. The trek kicks off April 12th with an album release show in Brooklyn, New York before moving across the Atlantic to play European venues throughout France, Italy, and Germany. On May 24th, they will return stateside with a date in Washington, D.C. and continue until their Seattle show on June 14th.