Corrosion of Conformity Runs Out of Momentum on No Cross, No Crown 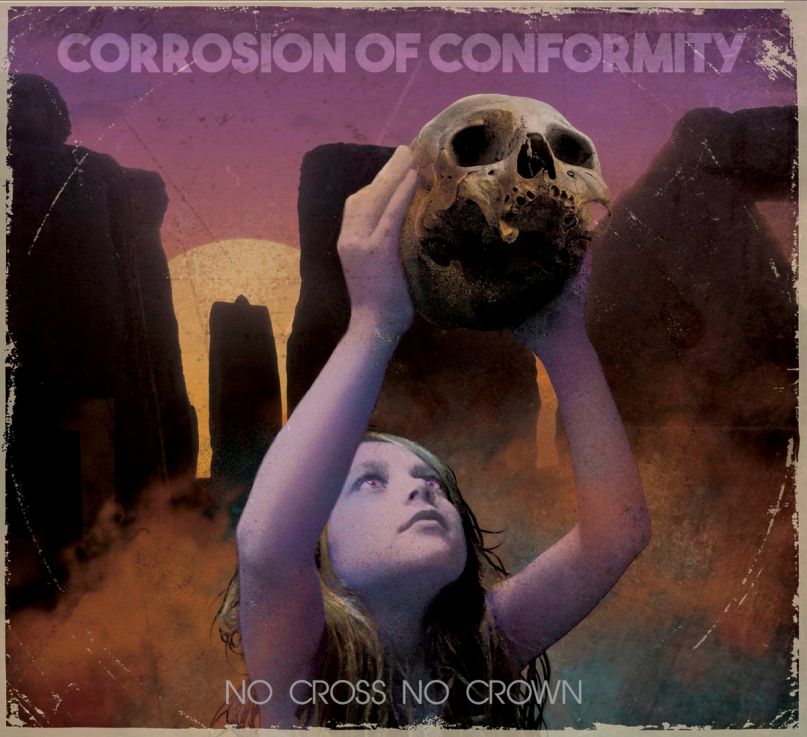 The Lowdown: After not joining a reformed Corrosion of Conformity in 2010 due to his commitments in Down, guitarist/vocalist Pepper Keenan returns on their latest record, No Cross, No Crown, reuniting the Deliverance and Wiseblood lineup.

The Good: Keenan was at the heart of the Southern metal sound that made them famous, and having him back revitalizes their boogie. 2014’s IX and their 2012 self-titled record were the crossover era of C.O.C. trying to replicate their glory days, and it felt hollow without Keenan. “Cast the First Stone” and “Little Man” are replete with their crunchy groves, and “Woody” Weatherman sounds stronger with Keenan and not just with more guitar, but as a vocal counterpart, Weatherman’s screech clashing against Keenan’s drawl. They’ve never been flashy, and a compact melodic rager like “E.L.M.”, complete with Skynyrd-esque bends, proves they don’t need to be.

The Bad: No Cross is straight from the ’90s, right down to its CD-era length. C.O.C. have found magic again, but it’s not enough for nearly an hour. The title track is a misty, formless swamp fog that sucks out energy towards the album’s end. “A Quest to Believe (A Call to the Void)” and “Son and Daughter” are both slower tunes that get killed by a lack a momentum. And while they’ve never hid their love of Sabbath, the interludes feel like a pale imitation of Master of Reality’s “Orchid” and Sabbath Bloody Sabbath’s “Fluff”.

The Verdict: C.O.C. stuck to their guns at the beginning of the decade, and now they’ve got a more formidable arsenal behind them. If there’s something they could learn from their Animosity days, though, it would be keeping a slim track list.