Alex Kapranos on Franz Ferdinand’s political new album: “Can we not learn from history? Can we not stop shit from repeating itself?”

"It seems like a really obvious thing... human compassion," says Kapranos in a new interview with Louisville's 91.9 WFPK 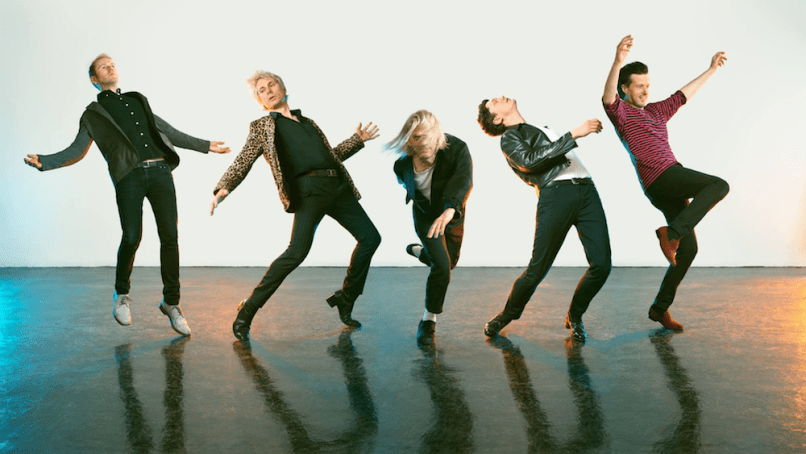 Recently Franz Ferdinand made waves in the UK when they seemingly threw shade at Prime Minister Theresa May. Earlier this month, May appeared on The Andrew Marr Show to discuss criticism of her handling of the Britain state-funded health service, the NHS. A performance from Franz Ferdinand followed May’s interview, and in expression of solidarity, drummer Paul Thompson wore an “NHS” t-shirt.

In a new interview with Kyle Meredith of Louisville’s 91.9 WFPK, frontman Alex Kapranos further digressed on the ills of society and how the band’s politics come into play on their latest album, Always Ascending. “For me, a measure of civilization is looking after your weak, looking after the sick… educating everybody. It seems like a really obvious thing… human compassion, you care for the sick around and about you. I feel it’s a responsibility for all of us, it’s something everybody deserves no matter what their financial circumstances are. If you don’t have a fat wallet, you don’t deserve to die. If we have the technology to save people, we should be saving people. To me, that’s a basic and essential truth.”

He continued: “Huck Finn popped into my mind and I remembered there are two lead characters in the book. When they popped into my head, they were there in the way that I experienced them as a kid, the naive understanding that you have a boy… And then I started thinking about it as an adult, and it seemed incredibly poignant and so reflective of our current situation.”

“It was kind of chilling when I remembered that,” Kapranos added. “When you put them into the context of your adult understanding, there’s so much more depth, and darker depth to them. And they say so much to us know about the age we live in… It was a horrendously flawed era that gives us clues to our contemporary flawed era.”

Kapranos went on to call our current state of affairs “depressingly retrogressive. It feels like, for the first time in my life, that attitudes have gone in reverse and there’s a petty, small mindedness that seems to be flourishing.” Noting the eerie similarity between the events of today andthe lead up to World War 1 when countries were “threatening each other with war and building up their arsenals,” Kapranos added, “Can we not learn from history? Can we not stop shit from repeating itself?”

Listen to the full interview below. Always Ascending, Franz Ferdinand’s fifth album, is due out February 9th.