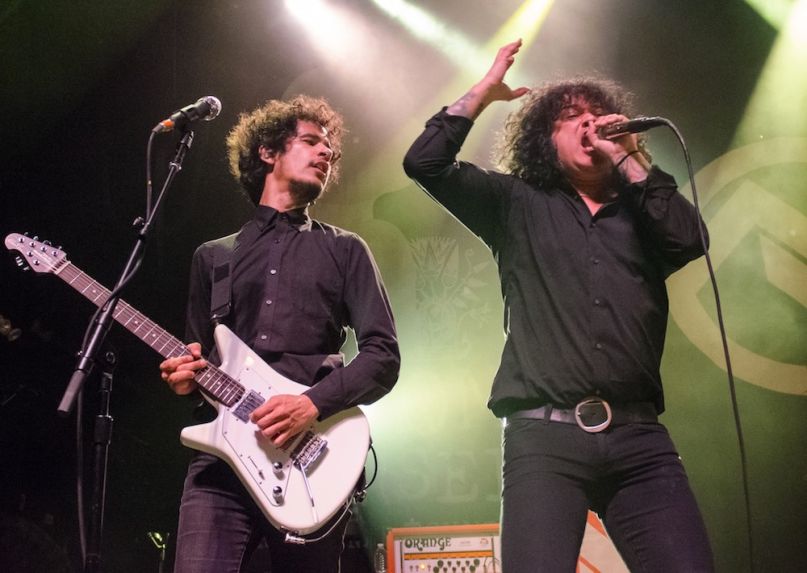 Last November, At The Drive In released a 10-inch vinyl EP called Diamanté for Record Store Day Black Friday. The project featured three new songs — “Amid Ethics”, “Despondent at High Noon”, and “Point of Demarkation” — and was produced by the band’s own Omar Rodriguez-Lopez. Following comeback album in • ter a • li • a, it was recorded Summer 2017 at Clouds Hill Studio in Hamburg, Germany for Rise Records.

Now, that vinyl-only release has finally made its way onto digital streaming platforms. Check it out down below via Apple Music and Spotify, followed by ATDI’s cryptic statement on the EP.

“How do you weaponize the insatiable thirst for life among vultures? How do you deprogram the coroner dissecting hiatus? What light beckons you from the sewers of suggestion? Is your instinct extinct ? Or does it hide in the flash burn of counterfeit automatons? Five boys with guilty slingshots swaying to the Midwitch Sound. Blinded by the DIAMANTÉ.”