Brownstein will write and direct the pilot, which follows a young woman, her band, and a whole lot of noise 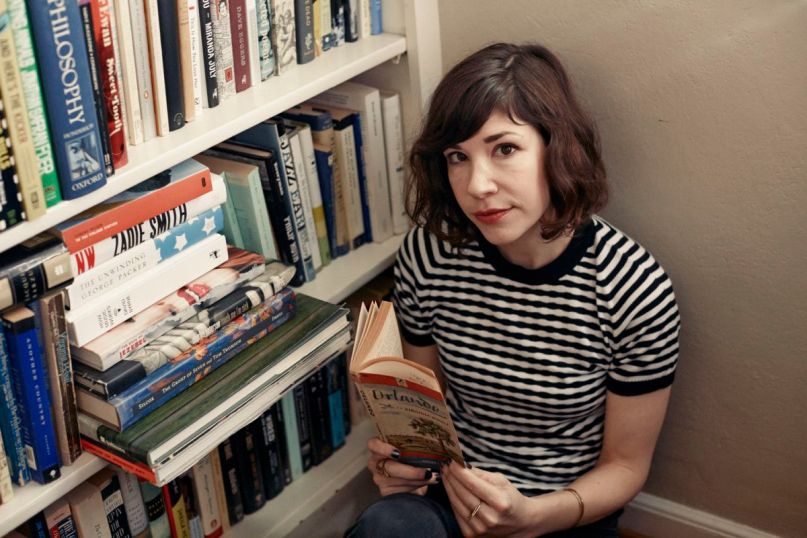 We Are The Rhoads Rolling Stone Carrie Brownstein

Carrie Brownstein’s post-Portlandia schedule is filling up. In addition to directing the feature film Fairy Godmother, the musician, actress, and author will refashion her best-selling memoir, Hunger Makes Me a Modern Girl, as a half-hour pilot for Hulu, per a report from The Hollywood Reporter.

The series, titled Search and Destroy, is loosely based on the book, which chronicles Brownstein’s upbringing in the Pacific Northwest and experiences within the underground feminist punk-rock movement that give birth to bands like Bikini Kill and her own Sleater-Kinney. According to THR, the pilot “is about a young woman, a band and a community learning how to be unafraid of their own noise.”

Annapurna Television will produce the series, while Brownstein will both write and direct the pilot. This won’t be Brownstein’s first time behind the camera, either, as she’s previously directed not only episodes of Portlandia, but also Hulu’s Casual and Comedy Central’s Idiotsitter.

Brownstein also recently revealed that her band Sleater-Kinney has entered the studio to begin working on a follow-up to 2015’s reunion LP, No Cities to Love.