Donald Glover delivers a smooth rendition of the "Awaken My Love!" track with accompaniment from McCrary, who plays Young Simba in the forthcoming Lion King movie 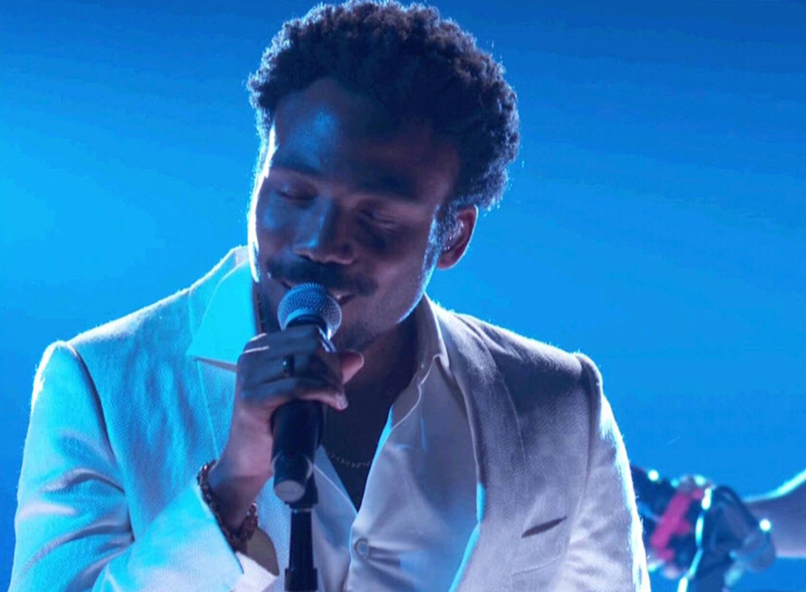 Childish Gambino, the musical nom de plume of multi-hypenate Donald Glover, took the Madison Square Garden stage at tonight’s Grammys to perform “Terrified”. Awash in blue light, he turned in a smooth as velvet rendition of the “Awaken My Love!”  track, backed by the pre-teen vocal powerhouse JD McCrary. The young singer also appears on the studio version of the song, and is set to star as Young Simba ahead of Glover’s adult Simba in Disney’s upcoming live-action The Lion King remake.

“Awaken My Love!” is competing in five different categories across the evening, including Album of the Year and Best Urban Contemporary Album. The track “Redbone” took home the Best Traditional R&B Performance before the broadcast and is up for Record of the Year and Best R&B Song.

Glover’s got a busy year ahead of him. His Golden Globe-winning FX series Atlanta returns for its second season on March 1st, and his turn as Lando Calrissian in Solo: A Star Wars Story will be revealed when the film drops in May. Glover also just signed a record deal with RCA that promises to “usher in the next phase of Childish Gambino’s musical career,” which could very well be his last.