Film Review: Humor Me Offers Far Too Little to Laugh About 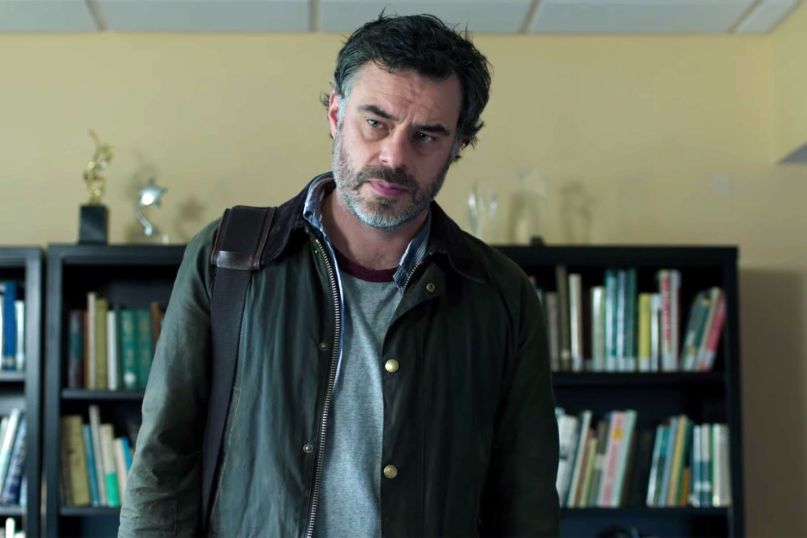 Humor Me is essentially the feature film adaption of writer-director Sam Hoffman‘s web series Old Jews Telling Jokes, and much like ideas that are typically created for a web series, the execution of the material appears to be just a bit too lacking to serve the purpose of a full-length film.

An acclaimed playwright, Nate Kroll (Jemaine Clement) loses out on the opportunity to finish his new play when producer C.C. Rudin (Bebe Neuwirth) fires him in the film’s first few minutes. If this isn’t enough, Nate comes home to find his wife, Nirit (Maria Dizzia) with her bags packed; she’s ready to leave him if he can’t get his life together. Nate is now in the awful position of having no income, and he has no choice but to move in with his widowed father, Bob (Elliott Gould), in the Cranberry Bog retirement golf community.

Nate isn’t a fan of his father resorting to humor to deal with everything, including the passing of Nate’s mother. They don’t appear to have the best relationship, and Nate just wants to do his own work, much to his dad’s dismay. Nate is soon forced to work under Ellis (Willie Carpenter), a former Marine in charge of the retirement community, and it’s while working for Ellis that Bob discovers a senior citizen theater troupe with hopes of staging a musical on the premises.

The troupe working to stage the musical is full of women, including the marvelous Annie Potts. This is where Hoffman’s script turns problematic, as none of the female characters are really developed. The film misses opportunities with respect to both Dee (Potts) and her on-screen daughter, Allison (Ingrid Michaelson), whom she works to set up with Nate. The casting of Clement and Michaelson may very well be the only thing that will draw a younger viewer to watch the film; there’s no doubt that the target audience is an older demographic, but even they’re unlikely to consider Humor Me a great film by any means.

It’s not until after Bob’s heart attack that both Nate and his dad realize that the two of them are different people with different ways of telling stories.  When Bob tells his jokes, Hoffman opts to display them in black-and white, with Gould providing a voice-over. Most of his jokes are about a guy named Zimmerman, and the first one in the film sees Zimmerman losing his genitalia in a car accident and a punchline that you’ll hardly see coming.

The lack of developed female characters ultimately plays to the detriment of Hoffman’s script, and film. For example, Neuwirth’s producer appears in the film for maybe all of five minutes, if not fewer. The same can be said for Dizzia; as soon as she announces that she’s leaving Nate, she’s as good as gone. Both characters have a combined five to ten minutes on screen at best. The issues is not just that they have minimal screen time, but  thatthere’s an opportunity missed to explore Nate’s relationship with his wife and the working relationship with C.C.. Instead, Nirit and C.C.’s purpose seems to be making it tough for Nate in whatever way possible in order to drive the film forward.

Moreover, it’s an…interesting decision to have the seniors put on a performance of Gilbert and Sullivan’s The Mikado. The opera is set in Japan, and Hoffman features a cast of older white American women made up to look Japanese. If contemporary productions are drawing criticism and being forced into changes or cancellations, why is this performance allowed to happen in this film, even for laughs? Did anyone involved stop to think that maybe it wasn’t a good idea to go forward with this particular opera? Whether or not they did, they could have at least thought better before starting production, because it’s nothing but cringe-inducing at best. Nothing about making up older white Americans to look Japanese is funny.

Humor Me suffers the same fate as so many Saturday Night Live sketches-turned-movies. They work better as sketches than as a 90-minute film. Old Jews Telling Jokes is best off being left alone. Even a few better-developed women likely wouldn’t be enough to save the film.