The series' second prequel brings the scares, even as its storytelling remains inconsistent 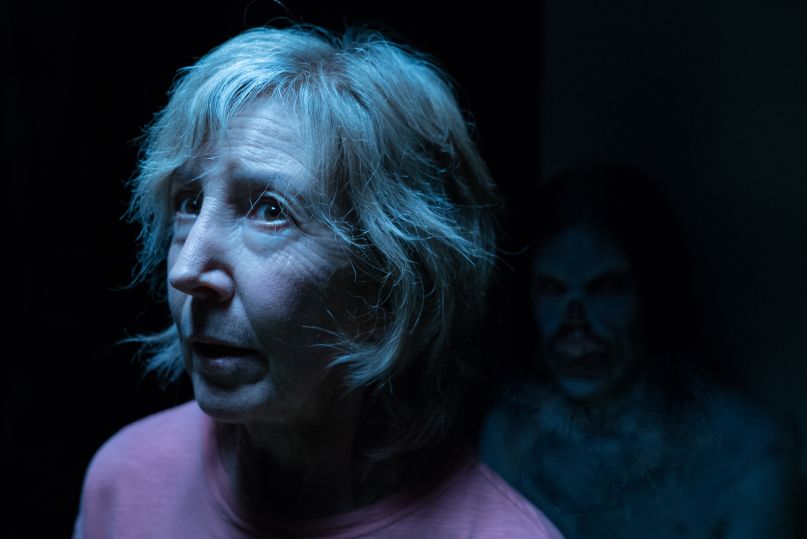 Insidious: The Last Key is the fourth film in a franchise that, by this point, is strung together only by a few recognizable faces and a spirit world defined more by a color palette than by any kind of coherent mythology. Weirdly, this isn’t entirely a criticism. Insidious was a hit when it was released in 2010, a ghost story in a sea of gore flicks, and its sequel, 2013’s Insidious: Chapter 2, was embraced as well. But they were also very, very bad, as loud as they were laborious, with much of the action taking place in an ephemeral, ill-defined spirit world called The Further. As I said in my review of the franchise’s third entry, The Further and its trappings are “more Halloween costume than horror movie, relying on anachronistic aesthetics — candlelit hallways, vintage dresses, dollface makeup, marionettes, the list goes on — to tap into a universally accepted idea of horror, rather than anything truly uncanny.”

Defying the common arc of the horror franchise, that third chapter turned out to be an improvement upon its predecessors. As a prequel, it toned down the theatrics, fake-outs, and emphasis on The Further while centering the story around the series’ most interesting character, Elise Rainer (Lin Shaye), a psychic killed in the first film. It wasn’t a great movie, but it functioned as a mildly satisfying ghost story that, unlike Chapter 2, could stand on its own. Insidious: The Last Key, a follow-up to Chapter 3 that still precedes the first two films, feels even more removed from the franchise, from the format change of its title to its detour into non-supernatural horror.

(Read This: In 2013, The Conjuring Wanted Everyone to Believe in Ghosts)

It begins with a flashback: A preteen Elise is just tapping into her psychic abilities, connecting with ghosts and scaring the hell out of her little brother. Her father, for reasons discovered later, doesn’t support her supernatural talents, and punishes her whenever she indulges them. One night, her punishment gives way to a malevolent spectral encounter, and then to a tragedy that haunts her nightmares as an adult. There, she hunts ghosts and ushers away spirits alongside Tucker (Angus Sampson) and Specs (Leigh Whannell); when a call seeks to bring her back to the house in which she grew up, however, she discovers the truth about the ghosts (and otherwise) that she saw as a child.

What follows is a recognizable tale of buried secrets and repressed horrors, elevated by a series of jump scares that are choreographed to agonizing perfection by director Adam Robitel (The Taking of Deborah Logan). Robitel’s taut, anxious stagings are nearly undone by the ear-shredding stings that accompany his payoffs, but he thankfully doesn’t exploit the tactic, nor does he point a flashing arrow at every scare. Also, it’s nice to see him adhering to the practical effects that made The Taking of Deborah Logan so memorable — the creature wreaking havoc here won’t blow your mind, but it’s sufficiently gross.

What he can’t salvage, however, is the script, courtesy of series creator (and Saw mastermind) Whannel. Though the core of it contains a satisfying, family-driven ghost story, the film’s need to sloppily incorporate The Further and the film’s previous entries does a disservice to the supporting cast (poor Bruce Davison) by overcomplicating what should be a fairly straightforward story with confusing motifs and endless in-jokes. Even more offensive is the first-draft dialogue, which tumbles from the actors’ mouths like lumps of Jell-O.

No one is more affected by it than Shaye, a venerable character actor who’s long deserved leading roles such as these. Where she crackled with wit and nuance in the first three entries, here she feels listless and detached, a vessel in service to the plot. She does remain grounded, however, which is more than can be said for Sampson and Whannel, who are not nearly as funny as this franchise wants them to be. Sampson does his best with the script’s canned wisecracks, but Whannel would be wise to stay behind the camera. Nobody needs a Specs love story.

Insidious: The Last Key isn’t one of the better horror prequels to emerge of late — Ouija: Origin of Evil and Annabelle: Creation, however, are — but it benefits from the trend. Prequels, after all, aren’t bound to the continuity and mythology of a traditional sequel; they’re of the franchise, but not beholden to it. As such, the creators have a bit more freedom to experiment not just with story, but also with atmosphere. Robitel and Whannel are still too bound to the franchise here to make something truly original, but The Last Key will make you grip your armrest, squint your eyes, and prepare for the worst. Sometimes, that’s enough.