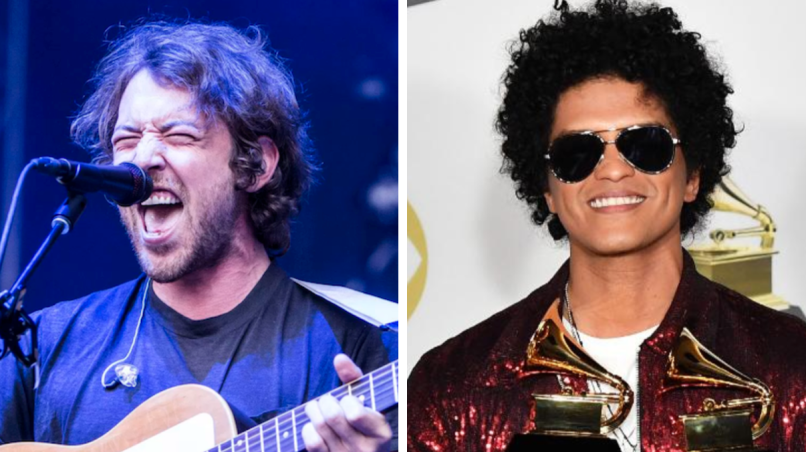 Extra! Extra! Bearded folk dudes upset about the Grammys! Yesterday, Grammy recipient Bon Iver’s Justin Vernon tweeted out numerous missives to the long-irrelevant awards ceremony, which time and again has given its major awards to the most recognizable artists rather than the most trailblazing ones, in this case Bruno Mars and his 24K Magic album. “Absolutely no offense to Mr. Mars, but you absolutely have to be shitting me,” Vernon tweeted out, lamenting a lack of recognition for SZA and Kendrick Lamar.

Now, Vernon contemporary Robin Pecknold, the driving force behind Fleet Foxes, has weighed in with similar sentiments and much more amusing language. In an Instagram story, he wrote in sloppy text the following: “Aside from Kendrick / SZA / Jay Z nothing that was nominated was very good in my opinion, but to give it all to Toys R Us Gap Band is pretty ridic.” The Gap Band reference is especially apt, considering the group was credited as co-writers on Mars’ smash hit “Uptown Funk”.

Pecknold later clarified that he feels “every AOTY nominee was great except one and the single mediocre one won. I’m not mad I’m just…disappointed.” He was heartened, however, by The War on Drugs’ win for Best Rock Album.

Of course, Pecknold’s jealousy might also be showing, as Fleet Foxes’ wonderful Crack-Up was unfortunately snubbed this year.
See a screenshot of Pecknold’s original Instagram story below: