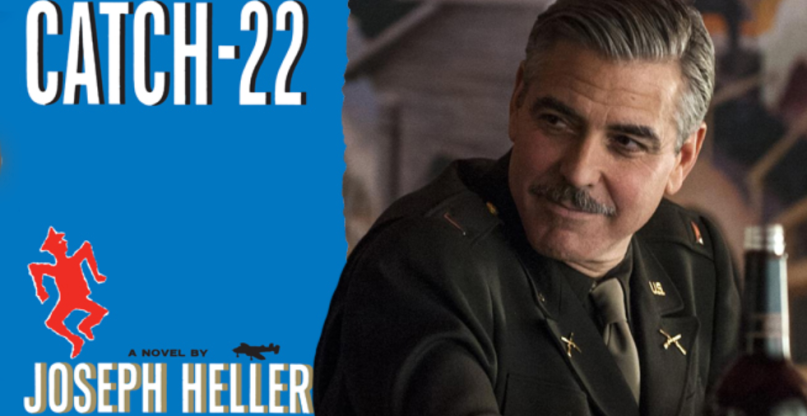 George Clooney’s return to TV was announced in November with the news that he would direct and star in a six-episode adaptation of Joseph Heller’s novel Catch-22. Back then, the limited series was still without a home; now, according to The Hollywood Reporter, it’s found one in Hulu.

Paramount Television and Anonymous Content will produce the series, which was written by Luke Davies (Lion) and David Michod (War Machine). Clooney and his Smokehouse Pictures producing partner Grant Heslov will also serve as executive producers. The project was a priority of Paramount’s Amy Powell, who sought to develop a series based upon the material after taking over the reigns at the studio. As for Clooney, she says, “He had incredible instincts on the material. He talked about how he wanted to direct, what locations could be used and how he wanted to cast fresh faces to play the show’s young soldiers. It was a love fest.”


The satirical novel tells the story of Captain John Yossarian, a U.S. Army Air Forces B-25 bombardier trying to fulfill his service requirements so he can return home. Clooney will play Colonel Cathcart, the group commander who relentlessly raises the number of missions the men have to fly to complete a tour of duty. The story contains a massive ensemble that includes memorable characters like Milo Minderbinder, Doc Daneeka, and Major Major Major Major.

“Catch-22 is a rare story that has withstood the test of time, not only as a literary masterpiece, but as a story that still resonates in today’s political and social conversation,” said Hulu’s new chief content officer Joel Stillerman. “These are exactly the types of stories we want to be programming at Hulu, and we couldn’t be happier to partner with George Clooney, Paramount TV and this phenomenal group of creatives to bring one of the most well-known books of all time to viewers in a way that has never been seen before.”

In 1970, Paramount released a film adaptation directed by Mike Nichols and starring Alan Arkin, Bob Newhart, Martin Balsam, and, believe it or not, Art Garfunkel.