Here’s Gary Oldman and 450 extras belting out “Hey Jude” on the set of Darkest Hour: Watch 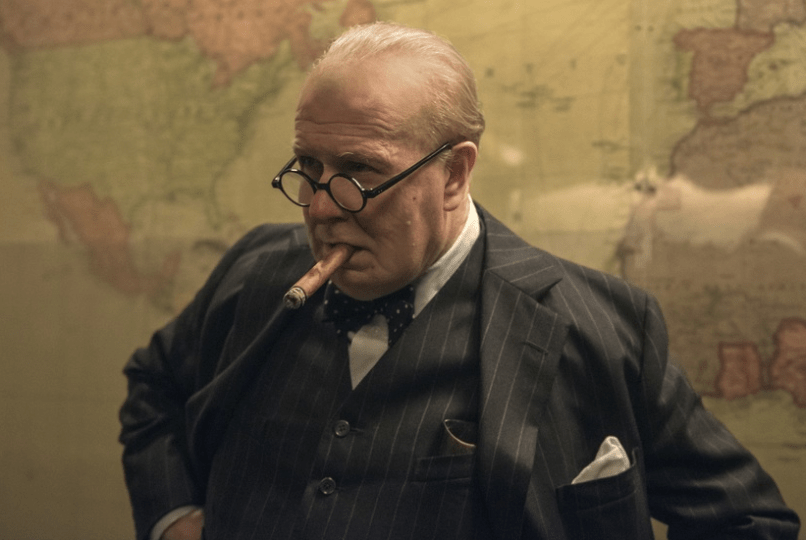 Filming a heavy, war-ridden historical biopic about Winston Churchill called Darkest Hour doesn’t sound like the fluffiest of affairs, but it seems director Joe Wright has a knack for keeping spirits high on a complicated film set. Actor Samuel West, who played Sir Anthony Eden in the film, recently uploaded a video to Twitter of Wright leading 450 extras in a warmup singalong of The Beatles’ “Hey Jude”, all of whom are more than happy to take part. It’s a joyous, thundering sound, made all the better by the arrival of Gary Oldman in full Churchill regalia in the closing moments.

West said he’s been waiting for a year to post the clip. See it below.

Been waiting to post this for a year. Joe Wright, director of Darkest Hour, leads 450 MPs in a warmup sing of Hey Jude between takes. Gary Oldman as Churchill makes an entrance at the end.

Darkest Hour is released in the UK today. Hope you like it pic.twitter.com/UN6posK8zf

Oldman recently took home the Golden Globe for Best Actor in a Drama for his portrayal of Churchill and is favorite to take home the Best Actor prize at the upcoming Academy Awards. Looks like that nicotine poisoning he got from smoking $20,000 worth of cigars on set was worth it.

Darkest Hour is currently in theaters.