"You're such a piece of shit for what you did to these women,” the drunk guy yelled as Weinstein shuffled away 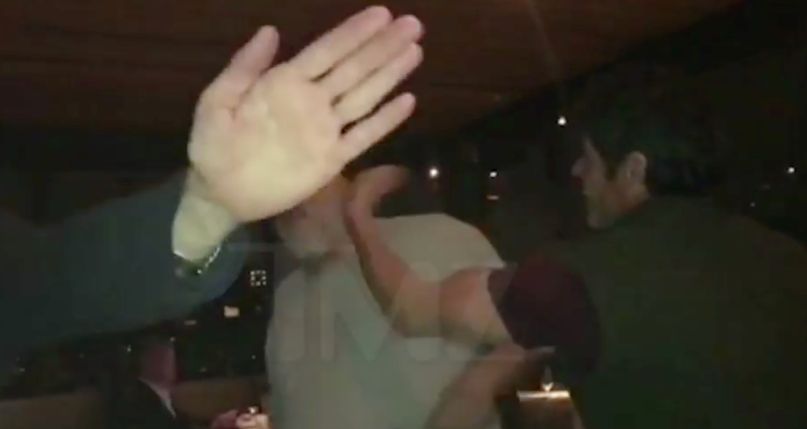 If 2017 was the year of punching nazis, maybe 2018 will be the year of slapping sexual assaulters.

That’s the precedent being set, at least, by the below video, which finds disgraced Hollywood mogul Harvey Weinstein suffering the indignity of two sharp, quick backhanded slaps from a drunk dude named Steve in a Scottsdale restaurant.

The incident occurred last night at the Elements restaurant inside the Sanctuary Camelback Mountain Resort, reports TMZ, who also quote Steve as saying he’d had “quite a bit to drink.” That’s pretty obvious as Steve bellows at Weinstein, calling him “such a piece of shit for what you did to these women.”

TMZ also notes that the two apparently sat down together before the video, and that the incident occurred as they were leaving. Weinstein, who was dining with his “sober coach,” looks dazed after the slaps, then seems to almost confront Steve before eventually wandering his way off camera.