He describes Boarding House Reach as "incredibly modern," adding that "I wanted to take punk, hip-hop and rock & roll, and funnel it all into a 2018 time capsule" 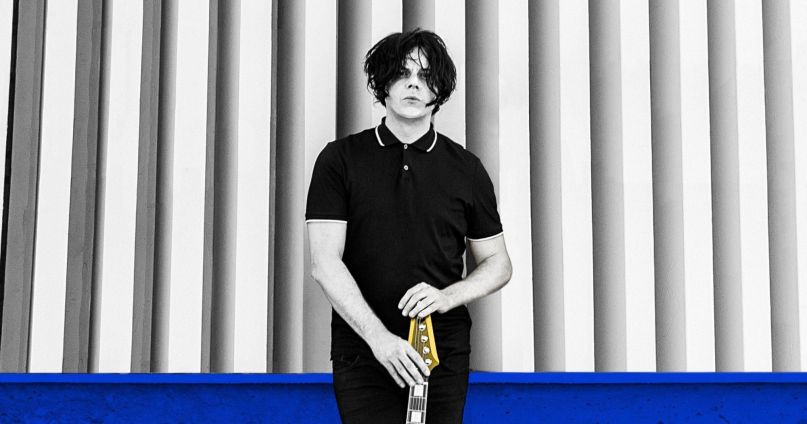 Last night, Jack White released the latest single from his forthcoming album, Boarding House Reach, with “Corporation”. In a new interview with Rolling Stone, he divulged more details about the recording process for his third solo album. He also revealed that one of the album tracks, “Over and Over and Over”, actually dates back 13 years and was originally written for The White Stripes.

For Boarding House Reach, White specifically sought collaborators from the world of hip-hop, reaching out to session players he had seen with JAY-Z, Kanye West, and Kendrick Lamar. Among those musicians were drummer Louis Cato, bassist NeonPhoenix, keyboardist Neal Evans, and drummer Daru Jones.

“I had no idea if we’d be able to communicate musically,” White told Rolling Stone. “It could’ve been a recipe for disaster. I think it would scare the hell out of most people, so it was very enticing to me.”

But within minutes of entering the studio, “there was so much amazing music being played,” he recounted. “Some of those songs could take up an entire side of an album, like a Miles Davis record or a Funkadelic record. Then someone would do something and another mood would change the room.” He added that “It almost hurt my feelings to condense some of those songs, but I wanted to make it relatable in 2018.”

The end product, according to White, is a record that is “incredibly modern. I wanted to take punk, hip-hop and rock & roll, and funnel it all into a 2018 time capsule.” You can certainly hear such diversity on the album’s three teaser tracks: “Corporation”, “Connected By Love”, and “Respect Commander”.

As for “Over and Over and Over”, White said that after he failed to make the song work for The White Stripes, he recorded it with The Raconuters. When that failed, he set it aside for the now infamous JAY-Z collaborative project that never came to be. “I was just gonna hand it off to my grandchildren,” White joked to Rolling Stone. “It was sort of my white whale. I chased it and chased it, and finally, all of a sudden, it worked.”

Boarding House Reach is out March 23rd. Take another listen to “Corporation” below.