James Franco addresses sexual misconduct allegations: “The things I heard are not accurate” 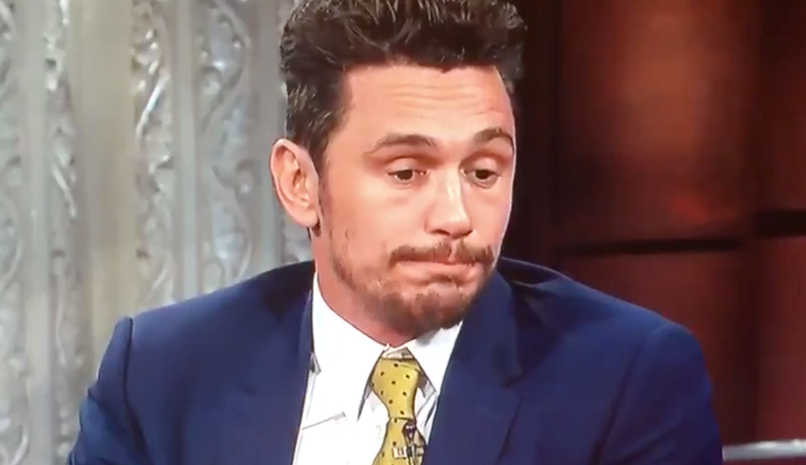 Following his appearance at the Golden Globes, during which he donned a Time’s Up pin in support of sexual harassment awareness, James Franco has been dogged by allegations of his own. At least two women — actresses Violet Paley and Sarah Tither-Caplan — have accused The Disaster Artist actor of sexual misconduct. A third woman, Breakfast Club actress Ally Sheedy, also insinuated Franco’s misconduct, writing on Twitter, “Please never ask me why I left the film/TV business.”

Franco refuted the allegations during an appearance on the Late Show with Stephen Colbert on Tuesday night, saying, “The things I heard are not accurate, but I completely support people coming out because they didn’t have a voice for so long.”

Specifically addressing Sheedy’s comments, Franco said, “I have no idea what I did to Ally Sheedy. I directed her in a play Off Broadway. I had nothing but a great time with her, total respect for her. I have no idea why she was so upset.”

“The others, in my life I pride myself on taking responsibility for what I’ve done. The things I heard are not accurate, but I completely support people coming out because they didn’t have a voice for so long. I don’t want to shut them down in anyway. I think its a good thing and I support it….

If I’ve done something wrong, I will fix it. I have to. I mean, I think that’s how that works. I don’t know what else – I don’t know what else to do. I mean, as far as the bigger issues, you know, how we do it. I – look, I really don’t have the answers and I think the point of this whole thing is that we listen. You know, there were incredible people talking that night [at the Golden Globes]. They had a lot to say, and I’m here to listen and learn and change my perspective where it’s off, and I’m completely willing and want to.”

This is not the first time Franco has been confronted with allegations of sexual misconduct. In 2014, news emerged that Franco had attempted to proposition a 17-year-old woman on Instagram. Franco admitted to the encounter at the time, saying, “In my position, not only do I have to go through the embarrassing rituals of meeting someone, but sometimes it gets published for the world.” The incident occurred in New York, where the age of consent is 17.

In light of these latest allegations, the New York Times has canceled a scheduled TimesTalk event with Franco in promotion of The Disaster Artist. “Given the controversy surrounding recent allegations, we’re no longer comfortable proceeding in that vein,” the Times said in a statement.

Colbert, to his credit, asked James Franco about accusations of sexual misconduct and abuse that were posted on Twitter during the Golden Globes on Sunday. pic.twitter.com/KDITwoJi4w