by Randall Colburn and Ben Kaye 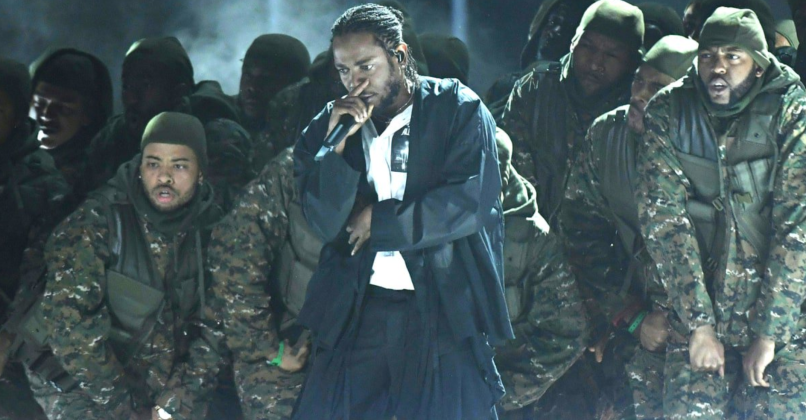 Kendrick Lamar opened the 2018 Grammy Awards with a powerful performance during which he played a medley of four tracks.

Kendrick then performed his verses for Rich the Kid’s “New Freezer” and Jay Rock’s “King’s Dead”. For the latter, he was surrounded by a bunch of red hooded backup dancers who were metaphorically shot down one by one. Rewatch the performance below.

Lamar’s powerhouse DAMN., one of our top albums of 2017, is nominated in seven different categories, including Album of the Year and Record of the Year. Immediately after the performance, he took home the award for Best Rap/Sung Performance for “LOYALTY.” During the pre-show telecast, “HUMBLE.” was awarded Best Rap Song, Best Rap Performance, and Best Music Video.