Matt and Kim return with new song, “Forever”, a collaboration with Mark Hoppus and SWMRS: Stream

The song accompanies an interview with Beats 1 Radio's Zane Lowe 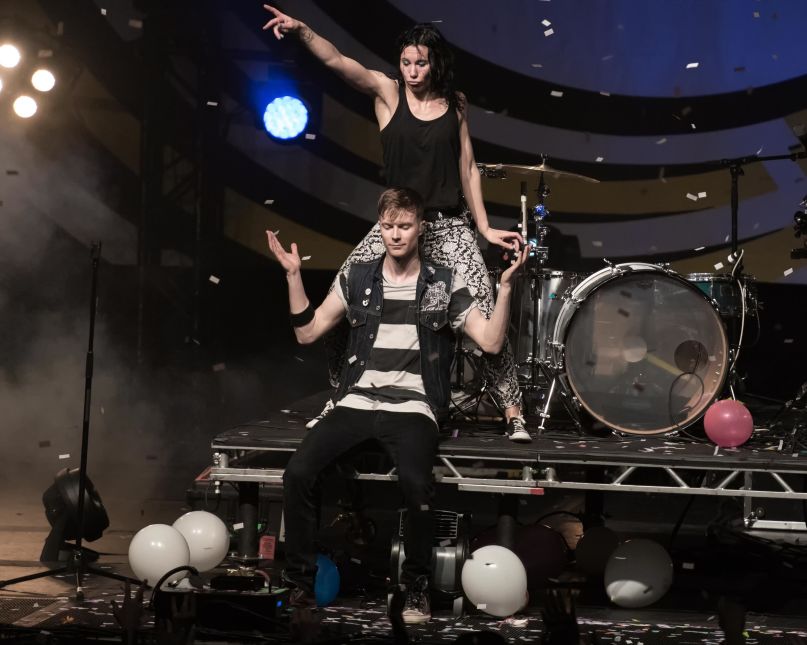 Indie pop duo Matt and Kim were sidelined throughout 2017 after drummer Kim Schifino suffered a traumatic onstage injury. Now, the duo is back with a brand new song, “Forever”, which they debuted in part this morning on Zane Lowe’s Beats 1 radio show.

Buoyant and upbeat as you’d expect, the song thrums with positive affirmations, handclaps, and clean, piano-driven melodies that just radiate good vibes. Hear a portion below along with an interview with both the band and Blink 182’s Mark Hoppus, who provided guest vocals on the track along with punk outfit SWMRS.

“In alternative music there’s so little collaboration,” keyboardist and vocalist Matt Johnson says of the band’s decision to bring in collaborators, a sentiment echoed by Hoppus, who details both how he discovered the band the pranks he played on them on tour.

Schifino also opens about the turmoil she suffered while on pain medication for her injury, saying it left her “depressed and constipated.”