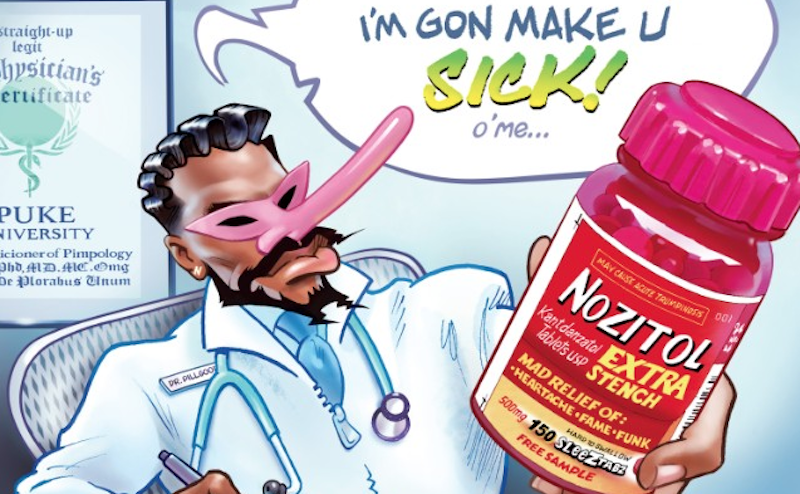 The funk is back. Following Funkadelic’s 2014 comeback, First Ya Gotta Shake the Gate, Parliament has now followed suit with a new single of its own, “I’m Gon Make U Sick O’Me”.

Marking the funk greats’ first release in 38 years, the track features a guest appearance by Scarface. Band leader George Clinton takes on the persona of Dr. Feelgood as he promises to first “make you sick o’me,” only to then “give you the antidote/ I got the funk for you.” The track itself is a crunchy collection of synth stomps and Moog bass, made lighter by Parliament’s iconic horn section and their lovely backup singers. Take a listen below.

Clinton held a Reddit AMA to promote the release, revealing that the song comes from a new Parliament record called Medicaid Fraud Dog. After that album, he said his two groups will get back together for a record under the P-Funk Allstars name.

Elsewhere in the Q&A, Clinton revealed his love for Cardi B, JAY-Z’s 4:44, and “all that shit coming out of Atlanta.” He told stories about witnessing a UFO with Bootsy Collins and that time the band was laughing so hard after seeing a woman blew smoke rings out of her butt that they couldn’t finish a show. There are plenty of good tales to be read, so check out the whole thing at Reddit.