Songwriter, flautist, and vocalist had been battling prostate cancer since 2013 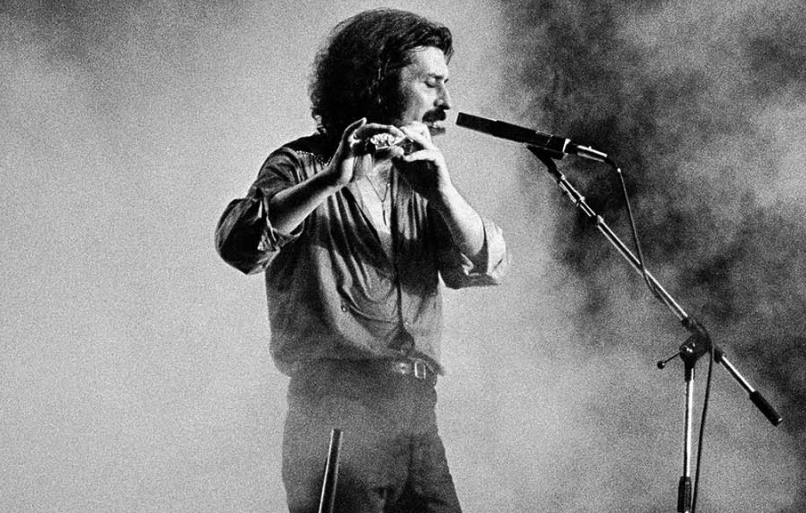 Ray Thomas, flautist, vocalist, and co-founder of The Moody Blues, passed away on Thursday evening. The 76-year-old had been battling prostate cancer since 2013, though no cause has been given for his sudden death.

In addition to his instrumentals, Thomas contributed a number of compositions to the band’s catalog, many on which he himself took lead vocals. He penned and sang on “Legend of a Mind”, “Dr. Livingstone, I Presume”, “And the Tide Rushes In”, and the signature “Veteran Cosmic Rocker”. In one form or another, he was featured on nearly every album in The Moody Blues’ nearly 40-year recording history. However, as the band shifted towards synth-pop, his role diminished, and he did not appear at all on 1988’s Sur la Mer.

By the time the band was in the studio for 1991’s Keys of the Kingdom, his role had once again increased. Throughout the ’90s, a number of health problems arose that limited Thomas’ ability to record, and 1999’s Strange Times was his final project with the group. He officially retired in 2002.

In addition to his work with The Moody Blues, Thomas released two solo albums, 1975’s From Mighty Oaks and 1976’s Hopes, Wishes and Dreams, during the band’s four-year hiatus. Along with the rest of the group’s classic lineup, he’ll be inducted into the Rock and Roll Hall of Fame with the Class of 2018. (Laine will also be inducted, as he was added to the accepted members list after the initial announcement.)

Previous Story
Stedman on Oprah 2020 presidential run: “It’s up to the people. She would absolutely do it.”
Next Story
Ranking: Every David Bowie Album from Worst to Best
Popular
More Stories
[fu-upload-form form_layout="media" title="Submit Your Photo"][input type="hidden" name="ugc" value="1"][/fu-upload-form]