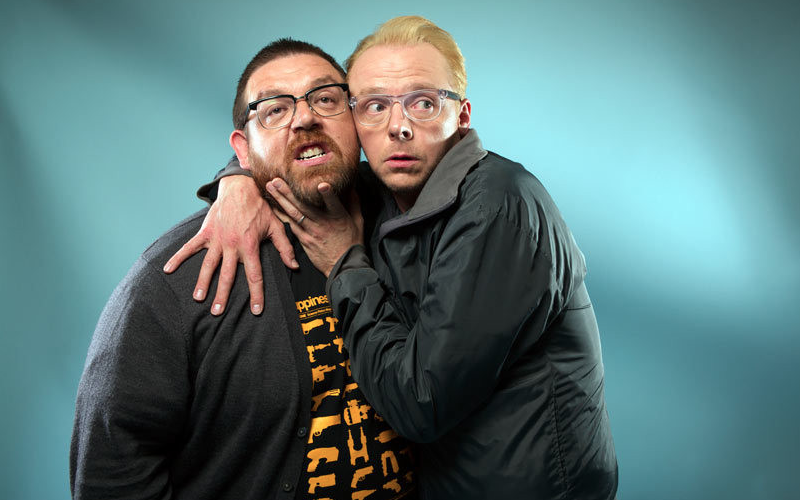 Before they were slaying zombies in Shaun of the Dead or fighting back alien invasions in The World’s End, Simon Pegg and Nick Frost starred in the beloved British TV series Spaced. Now, the duo are returning to the boob tube with a new comedy-horror show from their own production company, Stolen Pictures.

Dubbed Truth Seekers, the series will follow a trio of paranormal investigators as they explore a new mysterious case each week. “Each episode is going to be an adventure, a potential haunting or something,” Pegg told Variety. “It’ll start as a very parochial idea, a very small business venture for these people, but it will expand as the series goes on to be something far more global.”

Pegg and Frost officially launched Stolen Pictures last year to breakaway from studio commitments and work on their own terms. That includes the company’s first feature film, Slaughterhouse Rulez, a horror-comedy that recently finished shooting with director Crispian Mills. Set in a boarding school, the film sees a subterranean demon released by fracking. Pegg, who stars in the films, calls it “very satirical, very much about the UK selling itself off.” Frost also appears in the movie, as do Michael Sheen, Finn Cole, Asa Butterfield, and Hermione Corfield.

There’s no word on when we might see Truth Seekers, but Slaughterhouse Rulez is set for a September 7th release in the UK.