Stedman on Oprah 2020 presidential run: “It’s up to the people. She would absolutely do it.” 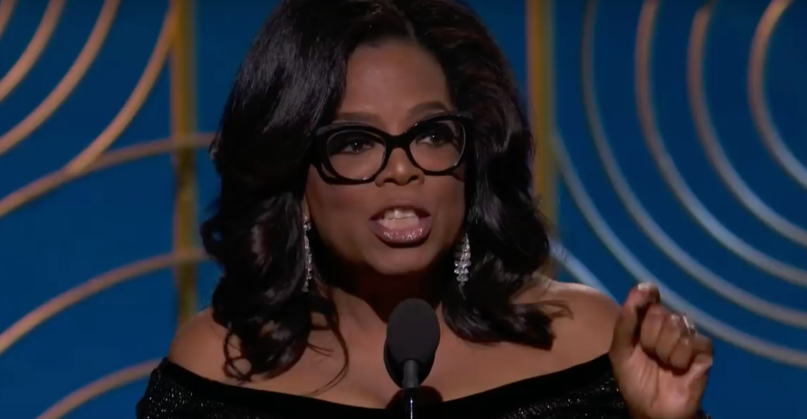 In accepting the Cecil B. DeMille Award at tonight’s Golden Globes, Oprah Winfrey sounded more like a budding political candidate than the honoree of a lifetime achievement. “A new day is on the horizon,” Oprah remarked in her impassioned propagation on behalf of women, people of color, the impoverished, journalism, truth, and human decency. “And when that new day finally dawns, it will be because of a lot of magnificent women, many of whom are right here in this room tonight, and some pretty phenomenal men, fighting hard to make sure that they become the leaders who take us to the time when nobody ever has to say ‘Me too’ again.”

Not surprisingly, within minutes of her speech’s conclusion, #Oprah2020 was trending on Twitter. And when asked by the Los Angeles Times whether Winfrey was serious about a potential presidential run, her longtime partner Stedman Graham only fueled the flames. “It’s up to the people,” Graham responded. “She would absolutely do it.”

Winfrey joins Dwayne “The Rock” Johnson and Kanye West as celebrities who have teased a possible presidential run in 2020. Of course, as a self-made billionaire, media proprietor, and philanthropist, Winfrey would seem best suited to run against Donald Trump.