The 2018 Razzies nominees have been announced, featuring your favorite easy targets

As always, the Razzies put far more stock in reputation than a film's lack of quality 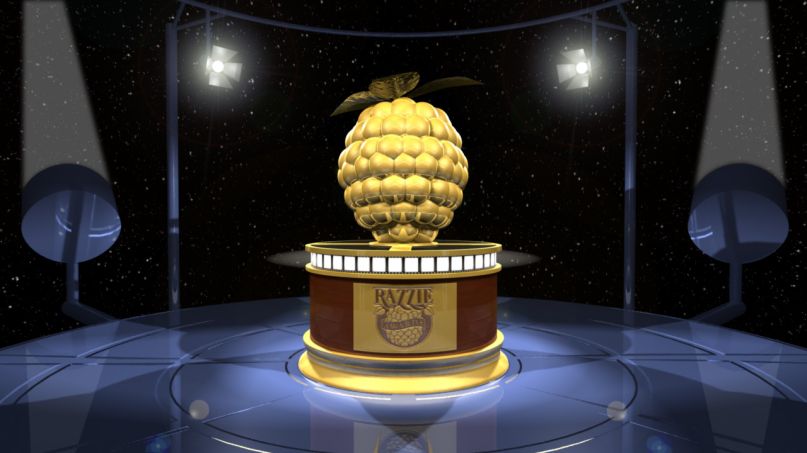 As has been custom for 38 years now, the Golden Raspberry Awards (Razzies) have returned to take shots at some of Hollywood’s biggest duds from the past year. And as always, the list runs the gamut from $200 million-plus fish-in-barrels to a handful of choices misunderstood in their own time. (Let’s never forget that this is the electorate which once nominated Stanley Kubrick for a Razzie for his direction of The Shining.)

If you’ve followed the Razzies of the years, the ceremony has long seemed to prioritize the reputation of a movie over a stab at quality, and that is the case once again. Sure, there are some objective stinkers present (Transformers: The Last Knight, Baywatch), but the Razzies tend not to think too far outside the box of general public reception. For instance, mother! might not have gone over well with audiences — what with its F Cinemascore and Paramount subsequently releasing a public defense of the film — but Darren Aronofsky’s film was arguably one of the bolder major studio efforts in years. True, we might be homers for that particular film, but to put it on the level of The Emoji Movie feels like a bit of an oblivious shot at an easy target.

There’s also not a great deal of room allowed for enjoyable camp, which tends to be a far more pleasurable viewing experience than truly bad movies. Unforgettable, for example, is one of the more delightfully trashy B-movies of 2017, and Fifty Shades Darker might not be a good movie, but it’s a pretty entertaining bad one. Katherine Heigl and Dakota Johnson brought a wink to their performances that made the films more tolerable than they had any real right to be, yet both are up for Worst Actress. Particularly in a year that yielded such spoiled fruit as Geostorm, The Bye Bye Man, The Snowman, Rings, the Flatliners remake, and any other number of duds, taking jabs at Michael Bay and ’90s syndicated TV reboots hardly feels like it’s landing anywhere near the bleeding edge.

Regardless, some will enjoy the annual rollout for what it is, a chance to remember all the cinematic failures of 2017. You can watch the nominations video below, followed by the complete list of “nominees.” Just as the nominations have come out a day before the Academy Awards announce their own, the Razzie “winners” will be revealed on March 3rd, the day before the Oscars air.