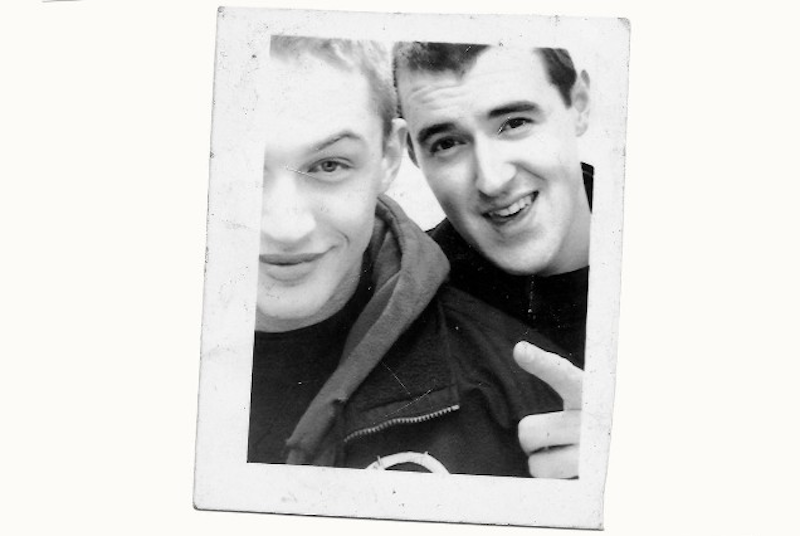 Since making his feature debut in 2001’s Black Hawk Down, Tom Hardy has built himself one of the most respectable careers in cinema. From Inception to The Dark Knight Rises to Mad Max: Fury Road, Hardy is that rare mix of bankable and acclaimed film stars. But way back in 1999, he may have had different professional ambitions. Yes, young hardy wanted to be a rapper named Tommy No 1.

Before the turn of the millenium, Hardy and his producer pal Eddie Too Tall (aka Ed Tracy) recorded a mixtape they dubbed Falling on Your Ass in 1999. The 18-track effort was never finished or officially released — until earlier this month when Tracy quietly uploaded it to Bandcamp (via Noisey). Once Redditors picked it up, the cat was way out of the bag, and now you can listen to the entire thing for yourself.

Perhaps unsurprisingly for such an undeniably talented bloke, Hardy’s actually not half bad as an MC. Tracy may be the one who shines most with his massive, jazzy beats loaded with classic film score samples, but Hardy is no joke. He demonstrates great speed on “In the City” and makes a powerful statement on “No Love No Life” (“We have a vote, but we don’t have a say/ And they think we take it on the chin but it’s a sin”). Most importantly, these guys sound like they’re having a lot of fun (on “Bring the F__king Noise” especially), and that makes for some perfectly enjoyable listening.

Check out Bane dropping bars below.