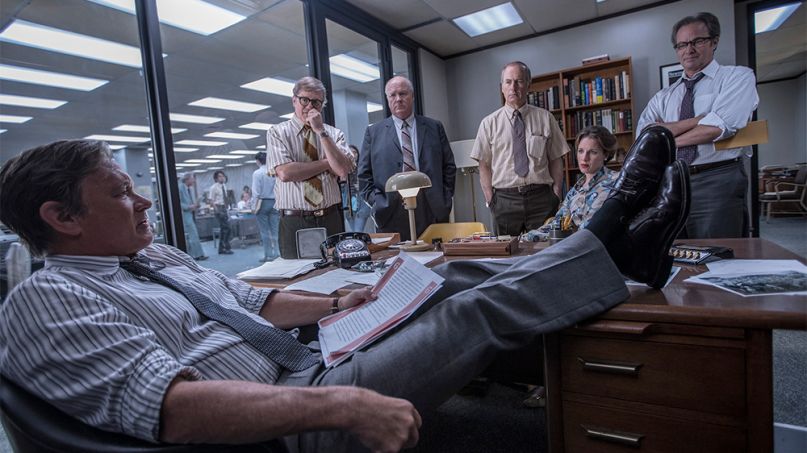 “A stubborn, nihilistic president waging war with journalism in the United States because he doesn’t like the ways in which he might be represented? Get out of here.” So begins our review of Steven Spielberg’s The Post, which tells the true story of The Washington Post’s war with Richard Nixon over the publishing of the incriminating Pentagon Papers. It’s a timely film in that it vaunts the power and integrity of a free press in an era shaped by President Donald Trump’s numerous attempts to discredit it. Now, in a move nobody really expected, he seems to want to watch it.

According to The Hollywood Reporter, the Trump administration has requested, and been granted, access to the film for screening at both The White House and Camp David. This is curious for several reasons, not the least of which being Trump’s repeated cries of “fake news” against the publication, which he calls the “Amazon Washington Post” as its owned by Amazon founder Jeff Bezos.

Furthermore, Spielberg and the film’s stars, Meryl Streep and Tom Hanks, are all outspoken critics of Trump. “Disrespect invites disrespect. Violence incites violence. And when the powerful use their position to bully others, we all lose,” the actress declared of the Trump cabinet at last year’s Golden Globes. Trump responded by calling her “over-rated” and a “Hillary flunky.”

“We need the principled press to hold power to account, to call them on the carpet for every outrage,” she continued in a defense of the lambasted media.

Hanks has spoken more directly of Trump in regards to The Post. In an interview with THR, he said he would never watch the movie at Trump’s White House. “I would not have been able to imagine that we would be living in a country where neo-Nazis are doing torchlight parades in Charlottesville [Va.] and jokes about Pocahontas are being made in front of the Navajo code talkers,” he said. “This is the moment where, in some ways, our personal choices are going to have to reflect our opinions. We have to start voting, actually, before the election. So, I would probably vote not to go.”

Of course, who knows whether or not Trump will actually watch the film. Or even if he knows what The Post is. There’s a good chance he heard the word “Spielberg” and assumed it was a sequel to E.T.

The Post is nominated for six Golden Globe awards. It hits theaters nationwide on January 12th.