Wild Child share the Origins of their new songs “Sinking Ship” and “Back and Forth”: Stream 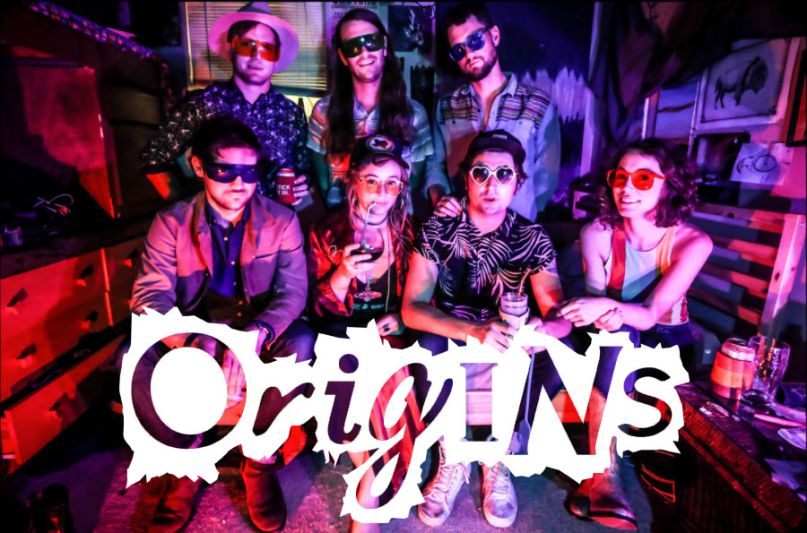 For their forthcoming fourth full-length, Expectations, Austin indie pop outfit  Wild Child have embraced life’s piecemeal reality. Due out February 9th via Dualtone Records, the album learns from the lessons of different experiences both in its examinations of romance and its very recording process. The seven-piece band traveled to Norway, Philadelphia, and all around Texas working with a number of producers, including former Death Cab for Cutie member Chris Walla, Delta Spirit’s Matthew Logan Vasquez, Dr. Dog’s Scott McMicken, and Max Frost. Just as each collaborator brought a new perspective to the songs, so too did the material cover various emotional vantage points of love and life.

The Frost-produced “Sinking Ship”, for example, is about letting yourself accept that something good can stay, despite evidence to the contrary. Wild Child’s Kelsey Wilson says the track “was written primarily to help me step back from a situation that I thought was too good to be true, and see it as a beautiful experience and let go, no matter the outcome. I know that water is cold, but I’m going to feel so good after I get in.”

Meanwhile, “Back and Forth”, with its bouncier production coming from Vasquez, is about the exact opposite: knowing when to walk away from someone who’s not all-in. “Oh, way over this, you’re wasting my time,” Wilson sings on the song. “Going back and forth, gotta keep it inside/ Act like giving me your all is a crime.”

Check out both songs below.

To further detail how the band gathered from a lifetime of lessons to create “Back and Forth” and “Sinking Ship”, Wilson and her fellow songwriter Alexander Beggins have expounded on the Origins of the tracks.

This Missing Piece by Shel Silverstein:

The Missing Piece draft 1 from taiwansteve

We all know that at some point in your life you are going to lose everything, and holding on tighter doesn’t help. We had written so many honest heartbreaking tunes and I finally realized that singing them every day keeps me in this limbo of however I felt when I wrote them. Why don’t I try writing something that gives me peace instead of heartache?

Surprisingly enough, I ended up finding all the peace I needed in a children’s book I
used to read all the time as a kid, The Missing Piece by Shel Silverstein. It’s about a circle looking for it’s missing chunk and trying all the wrong shapes and sizes until it finally get’s its perfect piece and starts rolling too fast and missing the little things in life that make your journey so beautiful, so he’s has to just let it go. — Kelsey Wilson

When I finally started putting the tune together with Alexander back in our hometown Austin, Texas, it was already so precious to me I didn’t want to put much of anything on it. Simple and haunting. I recorded it a few different ways and the more I put on the tune the less it made me feel. The final vocal take is actually just myself sitting on a couch in the studio doing scratch vocals while Alexander was tracking ukulele.

Alexander and I fell into the tune immediately and ended up not being able to top our first try. I knew I wanted three part harmonies for just one word on each chorus. We put layers of harmonies on almost everything in the studio mainly because I enjoy doing them so much, but I had been revisiting a band I love called Mountain Man and I wanted to keep the vocals as simple and sweet as they do.

We wanted the percussion to feel like a simple heartbeat and messed around with kick sounds by producer Max Frost until we figured out how to use an actual heartbeat sample and make the whole song sound like you are physically going down with the ship. — KW

The iPhone Riff:
The riff for “Back and Forth” came from a place of wanting a more upbeat tune to add to the collection of songs for our new record… I wish I could say there was some song or piece of art/media that influenced the musical creation of “Back and Forth” but there really was’t in its initial form. I sent Kelsey an iPhone memo of the riff after staying up partying all night and feeling a need to be productive the next day. I usually know when there is something worth working on and will always send those ideas to Kelsey. Pretty soon after I sent it too her she texted me and said I love it and know where to take it from there. The next time we met up it was done within thirty minutes. — Alexander Beggins

When I got the riff from Alexander for “Back and Forth”, I immediately heard this upbeat/feel-good Motown tune. I listen to nothing but empowering and soulful ladies most of the time, which doesn’t normally come through with lyrics that I write, but I knew this one needed to feel strong. I wanted to pull from the women that get me through anything and everything. Aretha, Nina Simone, Bonnie Raitt, Carol King. “Back and Forth” needed to be about moving on, being good to yourself. — KW

“I Wish I Knew How It Would Feel to Be Free” — Nina Simone:

I love group background vocals also and knew I wanted one continuous line repeated throughout the song, maybe have all the boys sing it so we had this “Back and Forth” vibe literally. Used every space in the tune possible for brass and string lines, still following the Motown/soul guidelines. There are two songs that make me smile no matter what else is going on in the world and I wanted to try and recreate that for folks listening to our music: “Think” by Aretha Franklin and “I Wish I Know How It Would Feel to Be Free” by Nina Simone.

Every once in a while you get one of those songs that’s so easy to write/record it feels like a freebee from the universe. — KW